MARTINSVILLE BEHIND HIM, SNIDER LOOKING FORWARD TO HICKORY 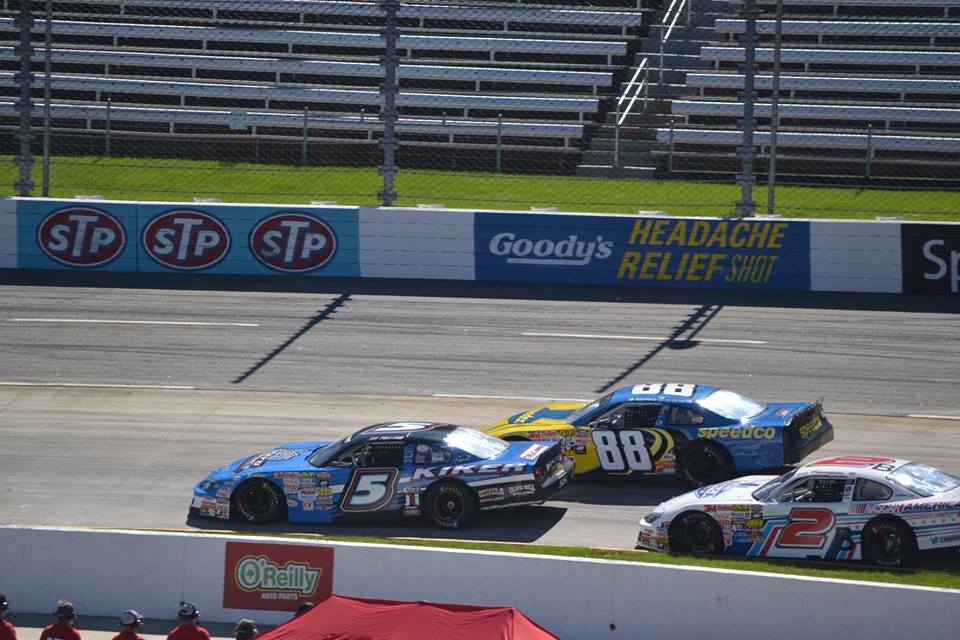 The Oct. 11 Valley Star Credit Union 300 at Martinsville Speedway turned out to be the ultimate survival race. Even with the format change which saw the elimination of the mandatory caution with 10 laps to go, circumstances set up a typical crash fest all the way down to the checkered flag.

Myatt Snider was 10th in qualifying which saw 79 drivers make runs against the clock. Only the top two drivers in time trials earned starting spots for the feature. The remainder of the starting field was determined in three qualifying heat races.

Snider started third in the second heat and finished fifth.

“We were running great up until the mid-point of the race,” Snider offered. “With it being the richest Late Model Stock Car race of the year, there was much aggression and little patience displayed out there. We got clobbered by another car as we headed into Turn 3 and it ruined our day. I was so proud of my guys for the job they did hustling all weekend. But that is how Martinsville plays out sometimes. On to Hickory.”

“With the series championship on the line, our NASCAR America Chevy Team is very optimistic heading back to Hickory,” said Snider. “We started sixth and finished seventh there back in May. We ran up front all race long, but just got too loose at the end. It was a super learning experience and we know what we’ll need to be competitive when we head back.”