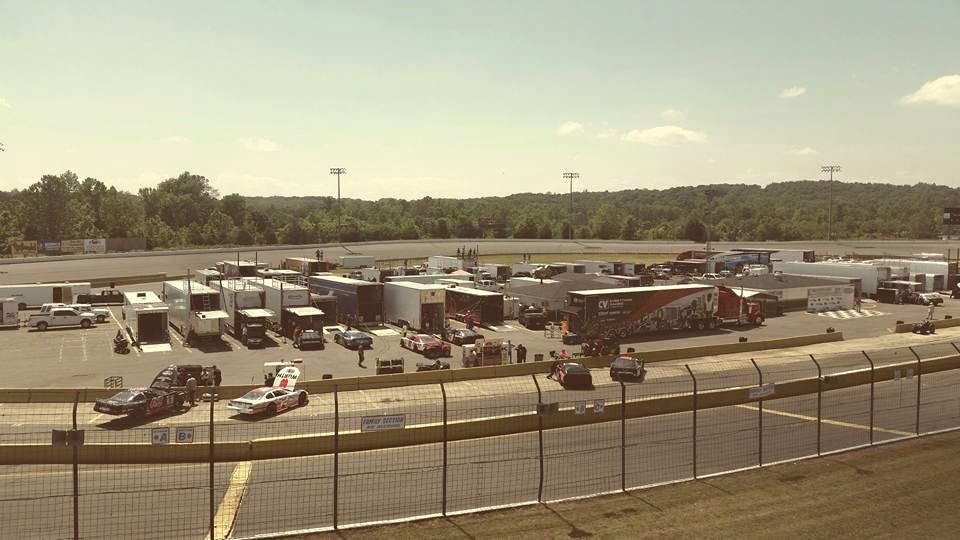 In preparation for the August 29th CARS Tour race at Concord Speedway, Myatt Snider and his No. 2 NASCAR America Chevy Team spent several hours earlier this week testing at the uniquely-shaped and demanding half-mile track.

“We were able to get up there and log some laps ahead of the rainy weather the area has faced much this week,” said Snider. “A lot has been made and will be made about the switch over to the Hoosier Tires for this race. Quite honestly, we couldn’t tell that much difference. They seemed to wear pretty much the same as what we’ve been running.

“With the Cup series off that weekend, I think we’ll see quite a few special guests roaming around the pits and sitting in the grandstands,” Snider said. “The CARS Tour has gained a lot of attention in all the racing circles this season. I’ve heard of a lot of the Cup guys who watch our races on the online pay-per-view. We’ll be racing right there near where many of the guys live and it’ll offer them the opportunity to finally see one of our races live.

“In addition to everyone wanting to win in order to gain in the points and all, I think the fact that we’ll be getting so much attention in the Charlotte area that week will add to the prestige of winning there on the 29th. Man, we are really looking forward to it and can’t wait for our chance to get the victory and turn some heads there that night.”

So, how much experience has the popular young rising racing star had in a stock car at Concord?

“Funny you should ask,” Snider said with a chuckle. “Aside from what we did there this week in our Late Model Stock Car, I did have one other opportunity to log some laps. Back when I was working at Joe Gibbs Racing, I served as the driver of a car there doing promotional work for ARRIS, one of the JGR team sponsors. It’s kinda funny now to think that folks are watching a video at one of the company’s hospitality functions – they’re thinking it’s Carl (Edwards) behind the wheel and it’s really me driving the car.”

Myatt Snider is one of five drivers participating in a special “Back to School” promotion, a partnership between the CARS Tour and the Communities in Schools (CIS) of Cabarrus County this Saturday (August 22). The event will take place at the Wal-Mart located at 150 Concord Commons Place S.W., and will serve to solicit donations and school supplies for the worthy cause. Show cars will be present from 10 a.m. till 2 p.m. and the drivers will be meeting the fans and signing autographs that day from 1 p.m. till 2 p.m.

“I think it’s a great way to help folks in the community, while supporting our upcoming race at Concord,” said Snider. “With all the schools in the process of starting back, it’s perfect timing to be doing something of this nature. I was quick to volunteer my time and I really look forward to talking to all the fans and making new fans and friends.”