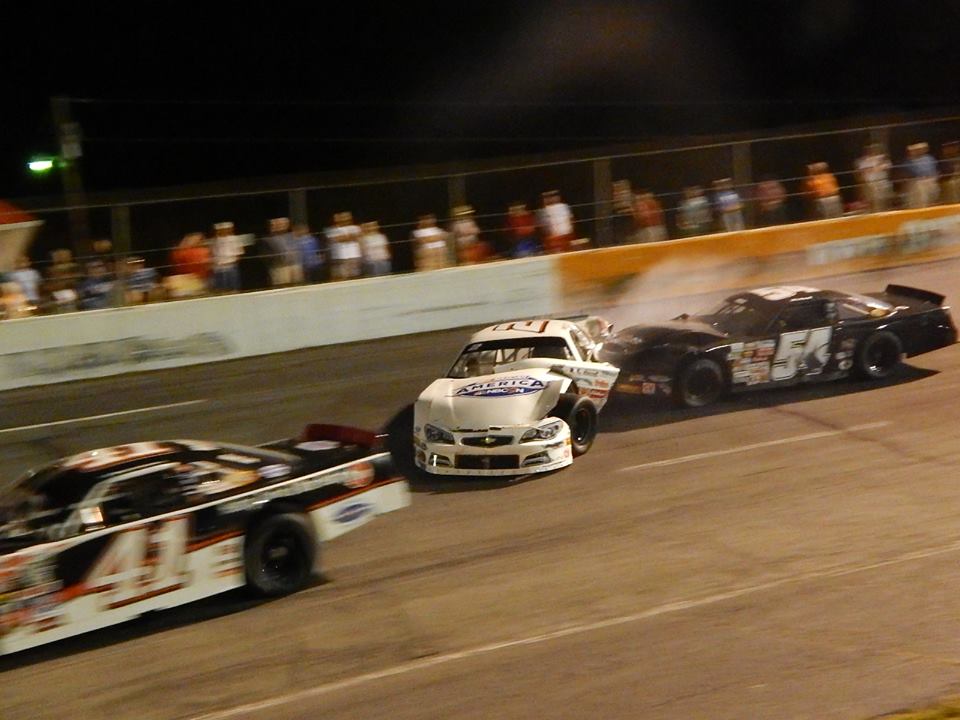 Snider displayed veteran-caliber relentlessness and resiliency as he battled his way from the rear twice to race among the leaders. Running solidly in the top five after the final restart, things really got physical as the field battled to the checkered flag. In looking at the above photo, it’s quite amazing that Myatt was able to bring the No. 2 NASCAR America Chevy home in the 10th finishing position.

“A race like that one proves that racing can go any direction at any time,” Myatt said. “I had to drive from the back to the front to start off, and then had to do it again when someone was slow on a restart. I don’t think that (the 10th-place finish) was representative of the awesome job everyone on my crew did for the entire weekend. Couldn’t be more proud of my team.”

Myatt continued his streak of posting all top-10 finishes. After seven races, he is the only driver to have seven top-10’s. With three races remaining in the 2015 CARS Tour LMSC Series, Myatt is second in the point standings, trailing Brayton Haws by five points (200-195).

Myatt and his Jeff Caudill-led team are busy getting prepared for the next CARS Tour race, the August 29 Lead 2 Real Estate Group 200 at Concord (N.C.) Speedway.

“The CARS Tour announced that we will be switching to the Hoosier Tires for Concord and the remainder of the 2015 season,” Myatt said. “We never experienced any problems with the American Racers because we were always safety-conscious with our setups. We certainly don’t expect any problems adapting to the Hoosiers. We’re still in the thick of the battle for the points and are still after our first win of the season. We have our sights set on winning the race at Concord and possibly taking the points lead there on the same night.”