MYATT SNIDER UP TO SECOND IN POINTS AT SOUTHERN NATIONAL 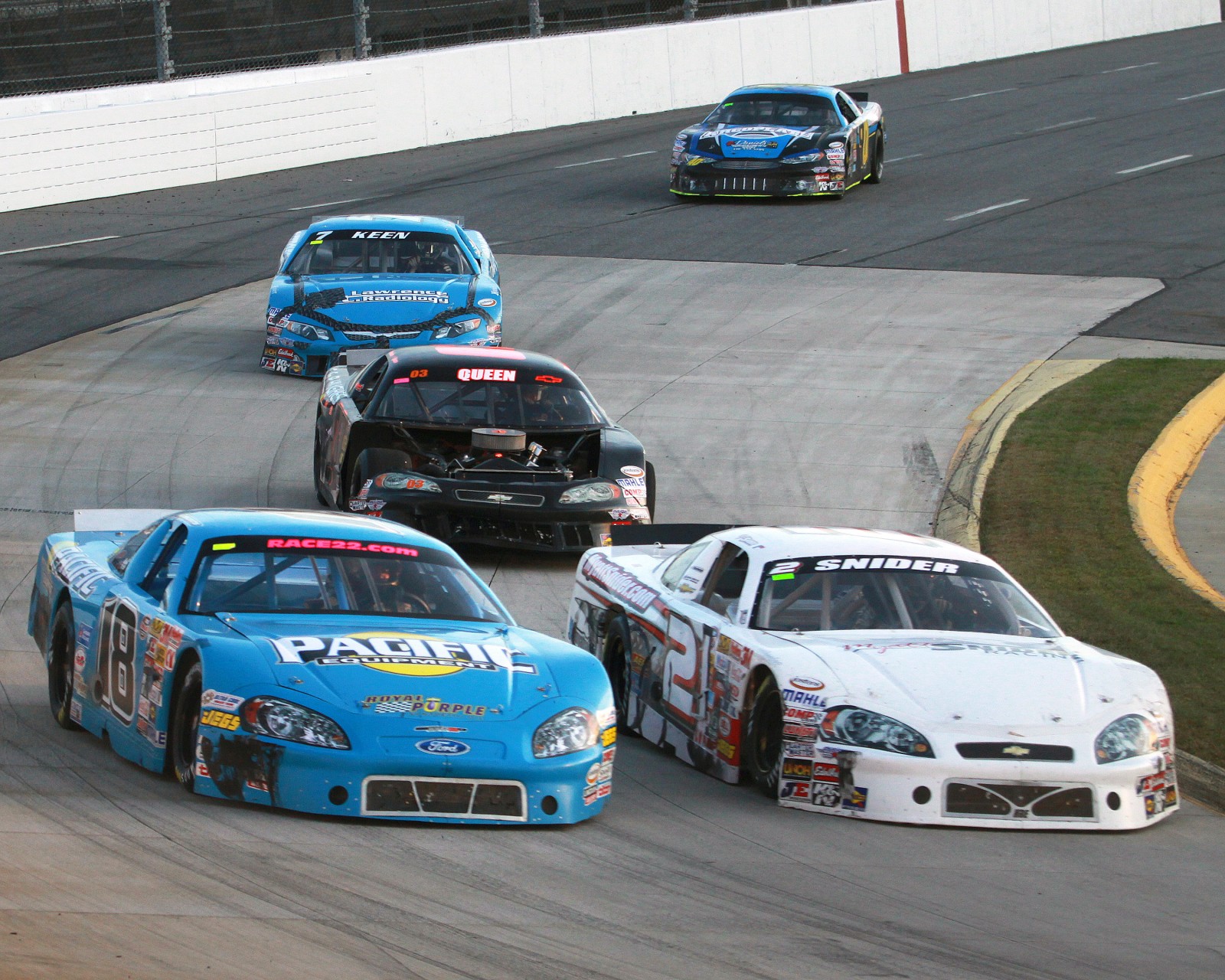 KENLY, N.C. (May 29, 2014) – For a period that was potential downtime for young charger Myatt Snider, things have turned out to be as productive as ever.  The rising star in NASCAR Whelen All-American Series competition has moved up to second in the Late Model Stock Car division points at Southern National Motor Sports Park.

The 19-year-old son of noted NBC Sports reporter Marty Snider says he is a bit surprised as to how things have turned out this season, but confident that even better days are yet to come.

“It was less than a month ago that we were seriously considering just sitting out some race weekends and wait until we could get our new car out there,” said Snider, who has been successful with his balancing act of racing, attending Belmont Abbey College and working at Joe Gibbs Racing. “But we took a look at the schedules for the tracks we’ve been running and were surprised at what we saw at Kenly (Southern National).

“While an early-season crash and blown engine caused us to be out of action for a few weeks, the fact was that we still hadn’t missed any of the Late Model races on the Kenly schedule,” said Snider.  “So instead of sitting it out, we decided to just keep on taking our old car back over there and see how things panned out.

“We’ve had two top-five finishes and three top-10’s during the last three races and have sort of sneaked on up there in the points.  When Deac (McCaskill) got disqualified due to a carburetor issue last week, it moved us up to third in the finishing order.

“In a manner we prefer, without much ballyhoo and like a stealth plane, we’ve climbed up to second in points,” Snider said with a chuckle. “We’ve been able to fly under the radar and progress on up the ladder. Going into the off weekend, we’re in second and trail Tommy (Lemons) by only 44 points.”

With the PASS Super Late Model Series coming in this weekend for a 150-lap feature on tap at Southern National, the Late Model Stock Car division is off.  Snider and the other LMSC stars will return to action two weekends from now.

“It will be a great time for us to have an off weekend,” said Snider. “This will allow us to have the opportunity to get the new car ready to run when we come back for the first race there in June.  I am really looking forward to racing our new chassis.  The older one that we’ve been racing just seems to have a tight-handling characteristic built into it.  The other new chassis that we began the year with had so much speed and we are expecting the same thing this time around.”

Snider is competing in only his second full season in late model competition.  The former Legends champion says he continues to learn valuable information every time he hits the race track.

“Getting the seat time on these tracks is just so important,” said Snider, who has rocketed from 56th to 21st in the NASCAR national points in just the last few weeks.  “We’re competing against some of the best short-track drivers in the nation week in and week out.  It’s a continuous learning process.  I think one of the biggest things we’ve learned so far this season is how to be better at tire management – when to conserve and when it’s time to really get after it.

“I continue to learn about the importance of patience out there and working with Jeff (crew chief Jeff Caudill) has been so beneficial in that aspect of the sport,” Snider added.  “You can’t win a feature on the third lap of a race and it certainly doesn’t make sense for a guy to force a three-wide situation down in the turn when you’re early in a race.”

The June 7th race card at Southern National is being billed as the “Father’s Day 370.” It will be the fourth event along the 2014 “Dirty Dozen” schedule of races held at SMSP and Motor Mile Speedway.