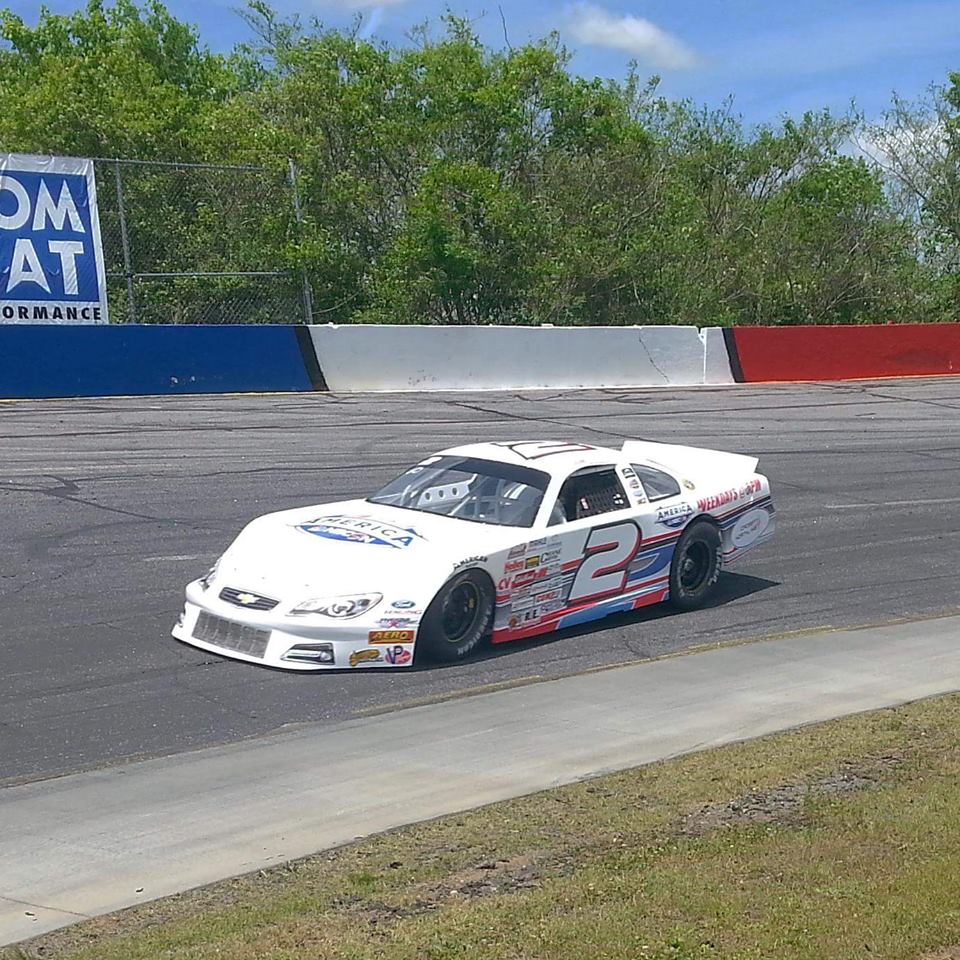 CHARLOTTE, N.C. (Nov. 19, 2015) – Promising young racer Myatt Snider was able to utilize his incredible level of consistency to finish a strong third in this season’s inaugural CARS Tour Late Model Stock Car points. He is focused on capping off his successful 2015 campaign with a trip to Victory Lane this weekend.

“We have been blessed to have had a super successful season this year,” said Snider, a junior at Belmont Abbey College. “I am so proud of my team and the amazing consistency we’ve shown. Our goal is to end our 2015 season with a big win. If you look back on the year, that’s the one big thing that’s missing. We’ll be doing everything we can this weekend to get that win in the Battle at the Beach in Myrtle Beach.”

Snider was in the thick of the CARS Tour points battle throughout the season. He posted top-10 finishes in all 10 races and completed all but the final lap of the season, when he was spun out in the season finale at Hickory Motor Speedway. His 10th-place finish in that race saw him finish third in the standings, six points out of first and only a single point out of second.

The hard-charging 20-year-old is among the 35 LMSC drivers listed as pre-entries for this weekend’s UNOH 400 on the 0.538-mile Myrtle Beach Speedway. The entry list contains some of the toughest competition Snider will face all year.

“We’ve competed in three races there this year and have been competitive every time out,” said Snider. “The huge factor going in this time is that we have learned so much in those three races. The track is so challenging from the standpoint of tire management. The surface is so grainy that learning how to take care of your stuff is a must if you plan on having a shot at winning there.”

Snider and his Jeff Caudill-led No. 2 NASCAR America Chevy Team visited Myrtle Beach Speedway for the first time this season in the Sept. 3 twin-feature-event night during the Darlington Raceway Cup weekend.

“We actually went over there with the goal of just shaking down our car and getting better prepared for the CARS Tour race that was on the schedule two weeks later,” said Snider, son of noted NBC-TV Sports reporter Marty Snider. “But once we got there, we all agreed that if it was worth the trip over, it was also worth trying to win.

“Before that trip, we’d only raced there once and that was in last November’s 200-lapper. We had a super fast race car and really had a blast there competing with the regulars who compete in all the Myrtle Beach races. It was cool to race with guys like Sam Yarbrough, Matt Cox and all the others. We more than held our own, finishing second in the first 40-lapper and third in the second feature.

“As it turned out, our competitive performances there that night back in September earned us a guaranteed starting spot for the 200-lapper this Saturday,” Snider said. “It’s a really comfortable feeling to know that any problems in practice or qualifying won’t get in the way of us starting the big feature.”

Snider and crew returned to Myrtle Beach Speedway for the Sept. 19 Bakerdist.com CARS Tour battle, where he started second and finished seventh.

“It was another great learning opportunity for us, for sure,” said Snider. “Looking back, we probably were a little too conservative in our last race there with the CARS Tour guys. We started the race up front and faded back to 15th or so with our strategy of playing it safe and saving our tires. We got back there running with some guys who didn’t have much experience and it got hairy a couple of times. We were running the outside line really well. When it was go time, we started our charge back up through the pack. After the final restart, we were able to pass for seventh on the last lap.

“The biggest thing we learned in that race was that we can’t afford to give up that much at the beginning of the race and have a realistic shot at winning. There is a distinct knack for knowing how to race that track and that’s why the local guys are so strong there. Sam Yarbrough won the CARS Tour race due to his experience of racing there so much.

“Our goal heading back to Myrtle Beach this weekend will be to use all the knowledge we’ve gained there this year,” added Snider. “It’s definitely a tire management race, but your strategy can’t see you fall back so far in your effort to save your tires that you can’t charge to the front when it’s go time. This time around, we hope to set a pace up in the top 10 and have what it takes to challenge for the win at the end.

“We’re confident that we can win there on Saturday,” said Snider. “We’re racing our big spring car, which we feel is a better match with the demands of that track. We know what it’ll take to get to Victory Lane and look forward to giving it our best shot.”

This weekend’s schedule at Myrtle Beach Speedway kicks off on Thursday with open testing. Friday’s action sees alternating practice between the LMSC division and modifieds beginning at 10:15 a.m. and running until 5:00 p.m. Alternating practice on Saturday begins at 7:45 a.m. and goes through 8:50 a.m. European style qualifying (6 cars at a time for 5 laps) for the LMSC division is set to begin at 11:30 a.m. The first of two LMSC qualifying races gets the green flag at 1:00 p.m. The 125-lap modified feature begins at 2:45 p.m. followed by the 200-lap LMSC feature at 4:30 p.m. Saturday’s grandstand admission charge is $20 for adults, while kids 12 and under are admitted free.