SNIDER BACK IN ACTION THIS WEEKEND AT SOUTHERN NATIONAL 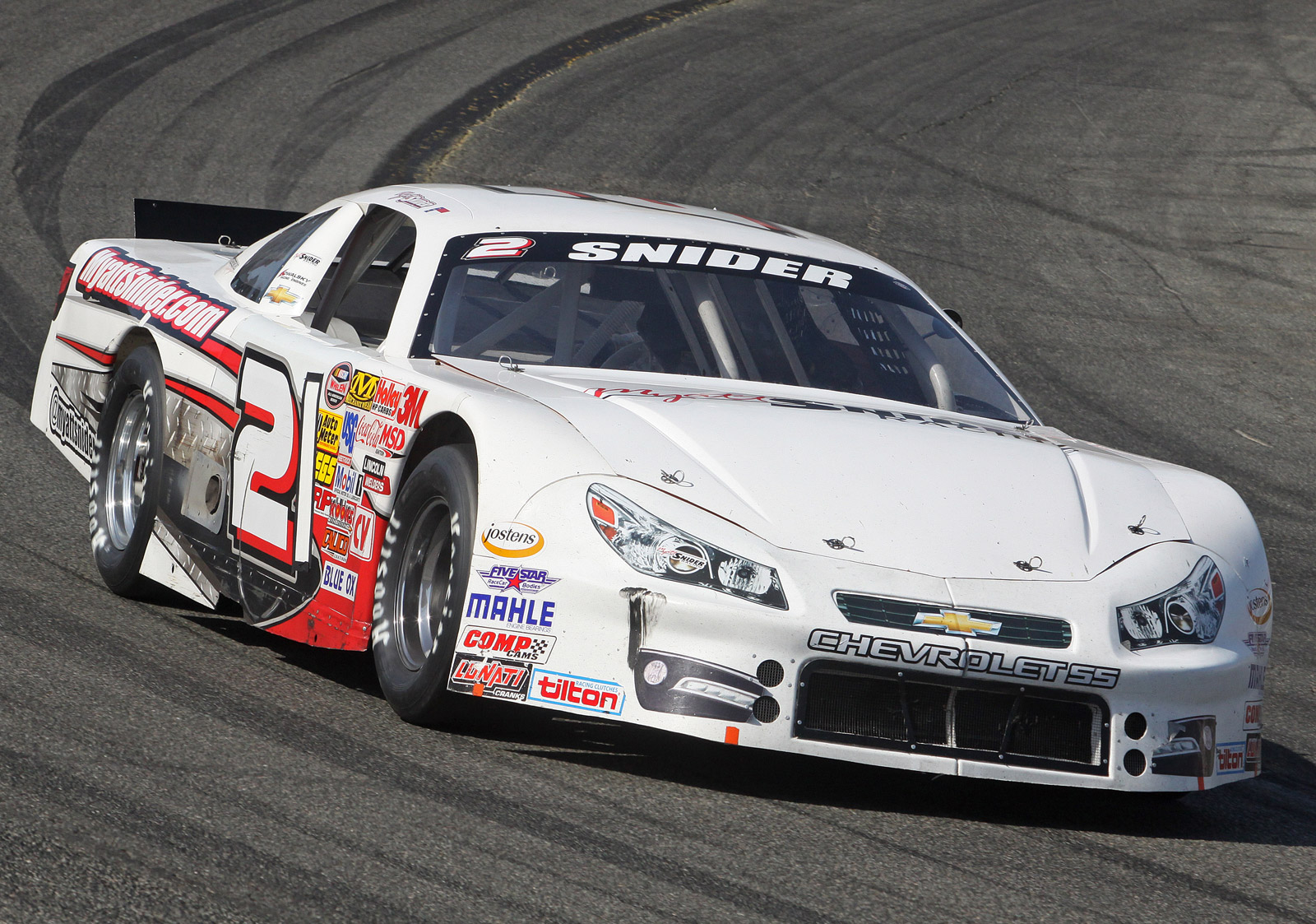 “It was my initial experience of going to the track with the team for a race and I had a blast,” said Snider, who mixes his racing with his employment at JGR and the pursuit of a college education at Belmont Abbey College.  “Matt had a solid day there and we came home with a fourth-place finish.  It was the team’s seventh top-five finish of the season.  Several of the team guys said I brought them good luck.  I hope to be able to go to some more races with them late in the fall when our season is over.

“It was a fun weekend, especially getting to be there and spend some quality time with my dad in that environment,” Snider said of his father Marty Snider, pit reporter for the TNT broadcast crew who televised all the action at NHMS.  “But I’m really ready to be back behind the wheel of our No. 2 car and get after it at Kenly.”

Snider’s off weekend from driving duties came after a demanding three-day schedule of racing during the July 4th holiday period.  He raced three consecutive nights at three different tracks behind the wheel of three different race cars.

“That was so much fun and I would welcome the chance to do it again if I ever was blessed to have that opportunity,” said Snider of his three consecutive nights of racing at the South Boston, Caraway and Southern National tracks.  “We didn’t get the results we were hoping for, but the impressive thing to me was that we had the speed necessary to win all three nights.

“That Thursday at South Boston, rain washed all the rubber off the track and our car (rented from Peyton Sellers) was so loose at the end.  We still completed all the laps and finished 12th I believe.  We had our older chassis at Caraway for Friday’s race and were battling for third when our engine blew.  It was a rare situation where the oil filter O-ring went bad and we had oil gushing out all over the place.

Then at Kenly that Saturday we had tire issues in the first 75-lapper and had to battle back to finish 11th,” Snider said.  “We sort of salvaged the weekend in the second 75-lapper by starting 15th and blasting on up through the field for a top-five finish.”

Snider’s return to action at Southern National this Saturday sees him looking for a victory and hoping to tighten up the LMSC points at the 4/10ths-mile track.  He is currently third in the standings, trailing leader Tommy Lemons by 118 points and second-place Lee Puliam by 32 points.

“Tommy and Lee are just so rock solid and I have so much respect for those guys,” said Snider, who is currently 19th in the NASCAR national point standings.  “They’ve been doing this for so long that they just don’t make mistakes on the track and their equipment is pretty much bulletproof.

“We know that if we win, we’re going to have to beat those guys and that’s our goal this weekend,” said Snider.  “As a young driver coming up, I wouldn’t want it any other way.  When you beat them, you’ve beaten the very best.  The only way you get better is through battling it out with the stiff competition we face every week out there.  To climb in the points, we have to finish in front of those guys and that’s what we’re hoping to do there on Saturday night.

“It’s another exciting 100-lap feature on the schedule for Saturday night and it will be a big shootout like it always is,” said Snider.  “We’re looking to qualify well, run up front, and have enough tires left to be in a position to win at the end.”

Saturday’s racing card at Southern National is being billed as the “Summer Slam 265.”  In addition to the 100-lap NASCAR Whelen All-American Late Model Stock Car feature, five other divisions will see action. The Limited Late Models will be competing in twin 35-lap features, the Chargers will go at it in a 30-lap battle, the Legends have a 25-lap feature on the card, the Bandos battle for 15 laps and the Southern Ground Pounders will race in a 25-lap feature.

For additional information on Myatt Snider and his No. 2 MyattSnider.com Racing Team, please visit www.myattsnider.com. You can also connect with Myatt on Facebook (www.facebook.com/myatt.snider) and on Twitter (@MyattSnider).