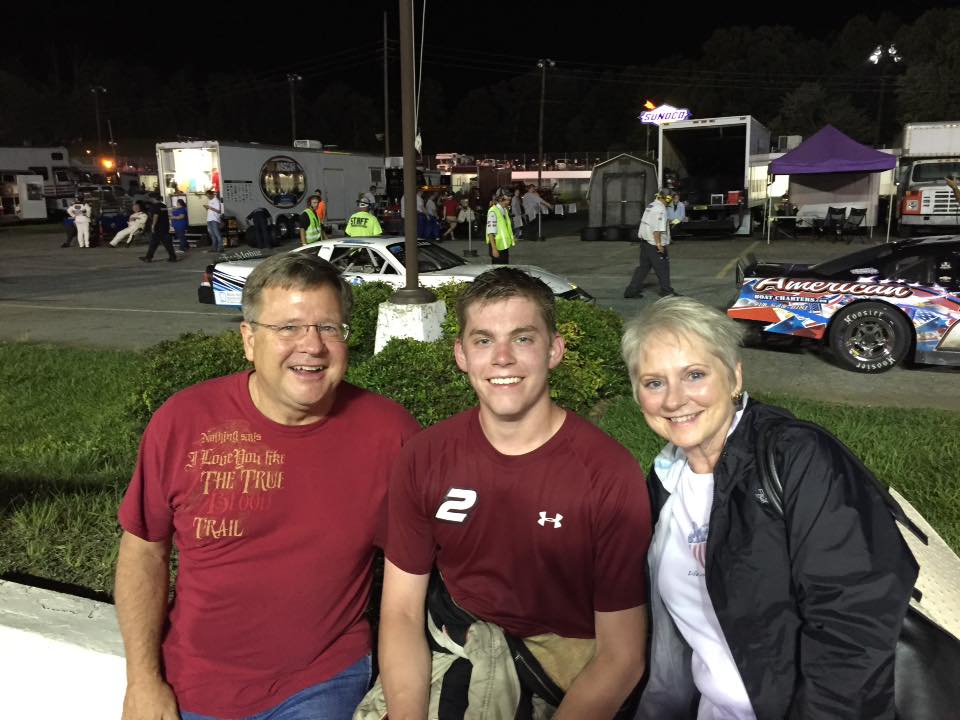 The statistics show that Myatt Snider started ninth and finish second in the July 4th Rusty Harpe Memorial at Caraway Speedway. Snider says those numbers can’t start to explain all the action.
“We haven’t qualified any further back than sixth for any of our CARS Tour races, so we weren’t exactly thrilled with our qualifying effort,” said Snider. “But as it turned out, starting back there like we did was a blessing in disguise. I’m not exactly sure what happened up front on the first lap, but Lee Pulliam got out of shape and stacked them up big time. I got on the brakes hard and almost came to a stop. Fortunately, I was able to enter pit road and avoid getting caught up in the mess. Half the field received some sort of damage before even a single lap was completed. Once we got to racing, I settled in running third behind Tommy (Lemons) and Matt (Bowling). That’s the way we were running at the 100-lap break. It was a 171-lap race, so with about 30 laps remaining, I knew it was ‘go time.’ Tommy could get a pretty good lead on the restart, but Matt would chase him down. I could tell that they were really using their stuff up. Late in the race, Matt tried to pull a move to get by Tommy and got up on the curbing. I was able to get by Matt for second and was running down Tommy when we ran out of laps. All in all, it was a good race for us. Somebody bumped into the rear of our car on the start. But other than that, we came through unscathed and finished second in a tough race against a great field of competitors.”