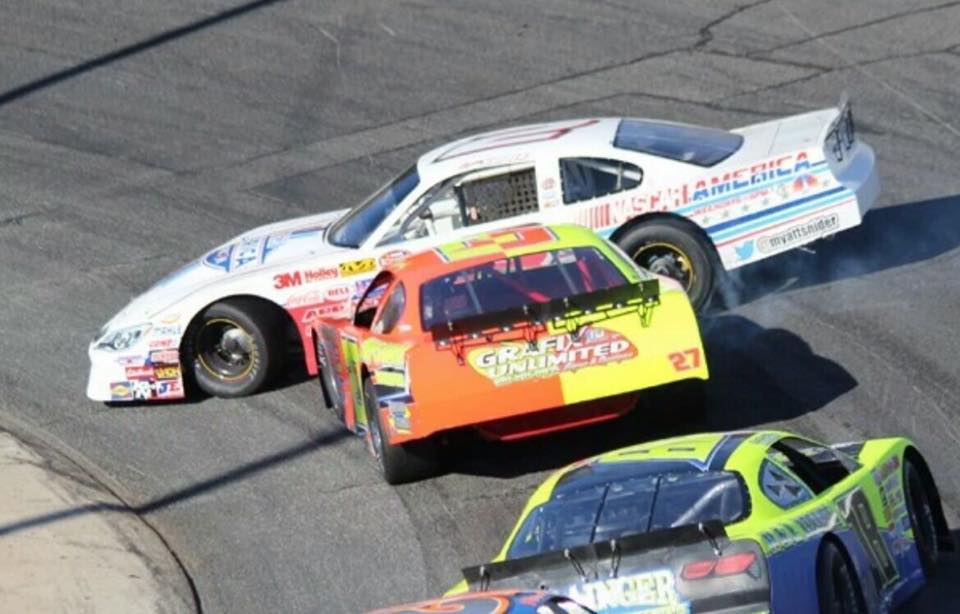 (March 6, 2016) — After qualifying second in Sunday’s 2016 Caraway Speedway season opener, Myatt Snider went into the “conservation mode.” His strategy paid off in his first-ever race that included live pit stops. Never falling back any further than fourth, Snider made his charge to take the lead with nine laps remaining. However, Snider’s incredibly physical battle with veteran driver Tommy Lemons saw the No. 2 NASCAR America Chevy take a spin. After getting sent to the rear of the pack for the late-race restart, Snider was able to rally from the adversity to score a respectable sixth-place finish.

“I was racing Tommy (Lemons) hard and of course we rub together constantly,” said Snider in his typical mild-mannered fashion in a post-race interview. “Then after I took the lead for the second time he just drove into me and hit my bumper and spun out. I don’t know what happened there. I don’t know what he was thinking, but that’s racing sometimes.”