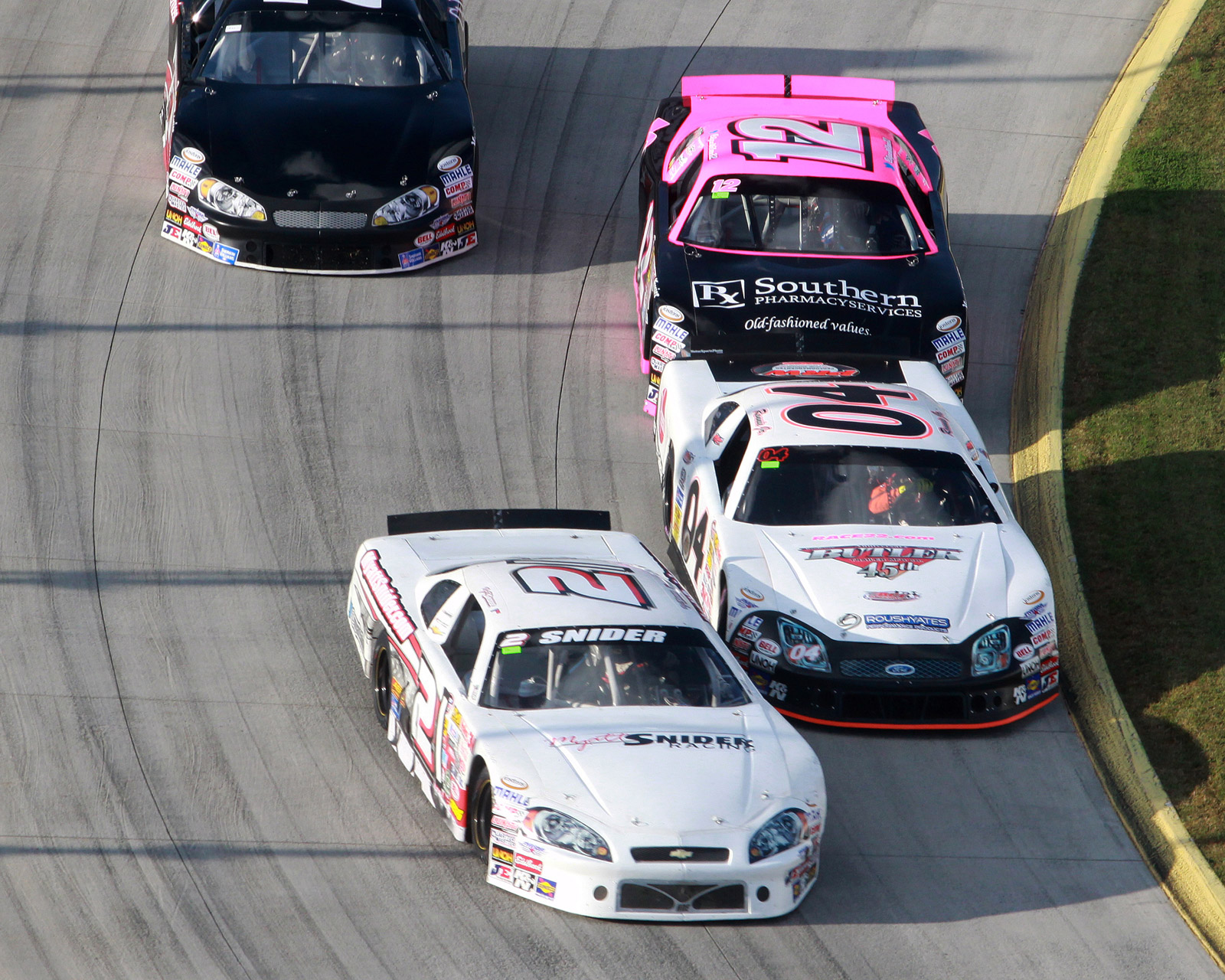 “We look at it as double the opportunity to get our first win of the season,” said Snider, who mixes his racing with regular work hours at Joe Gibbs Racing and the pursuit of a degree at Belmont Abbey College. “We’re definitely getting closer and closer to claiming that first checkered flag of the year.

“I am told on a daily basis to just keep on doing what we’re doing and the wins will come our way,” said Snider, son of noted sports broadcaster Marty Snider.  “That’s exactly what we intend on doing this weekend.  We will continue to be relentless with our drive and dedication to winning.

“What’s so cool is that we are having so much fun along the way as we continue to show progress,” offered Snider.  “We know how blessed we are to have the chance to do this.  I learned from an early age to never take anything for granted and to be appreciative of the opportunities that come your way.  That’s why we’ve always been motivated to do our very best.”

Snider’s 2014 record on the 4/10ths-mile SNMP oval certainly indicates that the elusive win is just around the corner entering this weekend’s action.  He has competed in 13 races there on seven different nights.  Through the first seven races of the season, Snider posted an 8.1 average finish.  During the last six races, he has whittled that down to an impressive 4.6 average finish.

“I was so proud of how strong we were there our last time out,” said Snider.  “Jeff (Caudill, crew chief) and the guys definitely put a car on the track capable of winning.  We battled it out with Lee (Pulliam) down to the wire in the first race.  We started fifth and made progress all the way to a third-place finish in the second 50-lappper.  We were steadily moving forward and just ran out of laps.

“We left the track on July 19th with so much momentum it was only natural that we hoped to be back racing there last weekend.  But as it turned out, it was an off week on the track schedule.  We’ve enjoyed some great family time and are ready to get back racing again on Saturday night.”

While Snider may still be looking for his first feature victory of the 2014 season, he has definitely moved into the picture in the battle for the SNMP track points championship.  Currently third in the standings, he trails points-leader Tommy Lemons by 50 points and is only 22 points behind second-place Pulliam.

With 11 top-five finishes and 17 top-10s in 25 official points races this season, Snider is currently 18thin the NASCAR national point standings.

Saturday’s racing card at Southern National is being billed as the “Chamber Night at the Races.”  In addition to the twin 50-lap NASCAR Whelen All-American Late Model Stock Car features, the Chargers, Bando, Street Stocks, Legends, UCARS and Limited Late Models will all be in competition on Saturdaynight.

For additional information on Myatt Snider and his No. 2 MyattSnider.com Racing Team, please visit www.myattsnider.com. You can also connect with Myatt on Facebook (www.facebook.com/myatt.snider) and on Twitter (@MyattSnider).