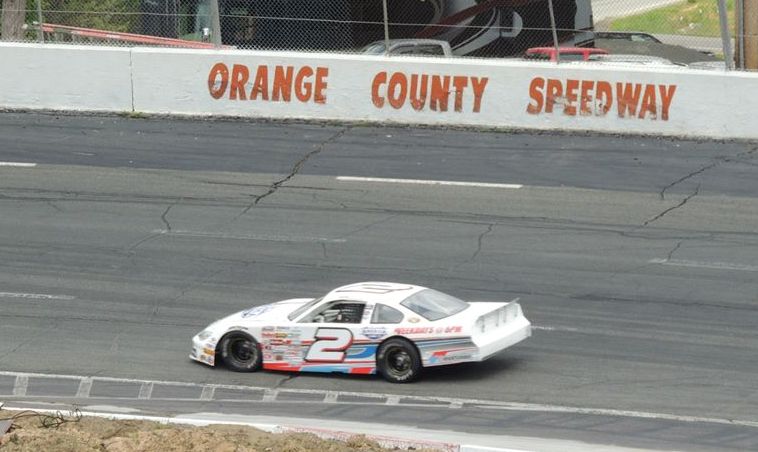 CHARLOTTE, N.C. (April 22, 2015) – For rising young racing star Myatt Snider, Thursday’s Denny Hamlin Short Track Showdown offers him the opportunity to compete against some of the best short track drivers around. The reality is, however, that the popular 20-year-old driver has already been doing quiet of bit of that this season…and turning many heads along the way.

After outstanding performances in the first two races of the new CARS Late Model Stock Tour, Snider is the points leader. His solid runs at Kenly, N.C., on March 28 and last Saturday at Rougemont, N.C., have established Snider as the early favorite to claim the inaugural championship.

“We’re certainly pleased with the way our season has started and feel the best is yet to come for our team,” said Snider, who scored third-place finishes in the first two CARS Tour races. “We’ve been really strong in qualifying and super fast in the races. Jeff (Caudill, crew chief) and the guys have been preparing some incredible race cars for me to drive. We’ve shown so much strength and consistency, we know the wins are just around the corner.”

With the CARS Tour’s next race not until May 9 (Catawba Valley 300 at Hickory Motor Speedway), Snider is currently focused on turning more heads in Thursday’s Denny Hamlin Short Track Showdown at South Boston Speedway.

“We’re coming in there wanting to win it, that’s for sure,” said Snider, a sophomore at Belmont Abbey College. “It will be a lot of fun, with no points on the line and the opportunity to compete against so many great short track drivers. I’m hoping we can run even stronger this year than we did in Denny’s race last season.

“We started way back in 33rd in last year’s race, but got a full head of steam going and got all the way up to sixth before we ran out of laps,” Snider recalled. “What was so cool about the 2014 race was that I was working at Joe Gibbs Racing and had the opportunity to race against the JGR drivers. Holding off Denny and finishing in front of him was a great memory.

“We’ll be at South Boston on Wednesday for the open test and hope to be ready to get after it on Thursday,” said Snider, son of noted NBC-TV sports broadcaster Marty Snider. “We raced there in their weekly show back on April 11. Our car went from wicked tight to wicked loose. We started 13th and got up to challenge for the top five before it got so loose. That’s been pretty typical for our racing there as it seems like it’s been from one extreme to the other. We think we learned some things from that race that we can work on there on Wednesday.

“The big goal is to win the race on Thursday,” said Snider. “We’ll give it all we have and get the best finish possible. It would be especially rewarding to be able to beat Chase Elliott and David Ragan as those guys are so established with their racing careers. It’s my dream to rise up the ladder and be racing at that level some day.”

The DHSTS began in 2008 at Southside Speedway, a short track on the south side of Richmond, Va., near Hamlin’s hometown of Chesterfield. It was moved to Richmond International Raceway in 2011, before being relocated to its current home at South Boston Speedway.

Proceeds from the Showdown go to support the Denny Hamlin Foundation which helps fund the Denny Hamlin Cystic Fibrosis Research Lab at Children’s Hospital of Richmond. The race will be taped and made into a one-hour program that will air next month on NBCSN.

Grandstand gates will open Thursday at 10:00 a.m. General admission tickets are $25 each. Children six and under will be admitted free of charge with a paid adult. Season tickets are not honored for this special event. For additional information, please call the speedway at (434) 572-4947 or 1-877-440-1540.

* * *
For additional information on the CARS Tour, please visit their website at www.carsracingtour.com. The new series is active in social media with a Facebook page (www.facebook.com/CARSProCup) and Twitteraccount (@CARSTour).
* * *

For additional information on Myatt Snider and his No. 2 “NASCAR America” Chevy Racing Team, please visit www.myattsnider.com. You can also connect with Myatt on Facebook (www.facebook.com/myatt.snider) and on Twitter (@MyattSnider).