SNIDER OPTIMISTIC HEADING INTO HIS THIRD SHOT AT MARTINSVILLE 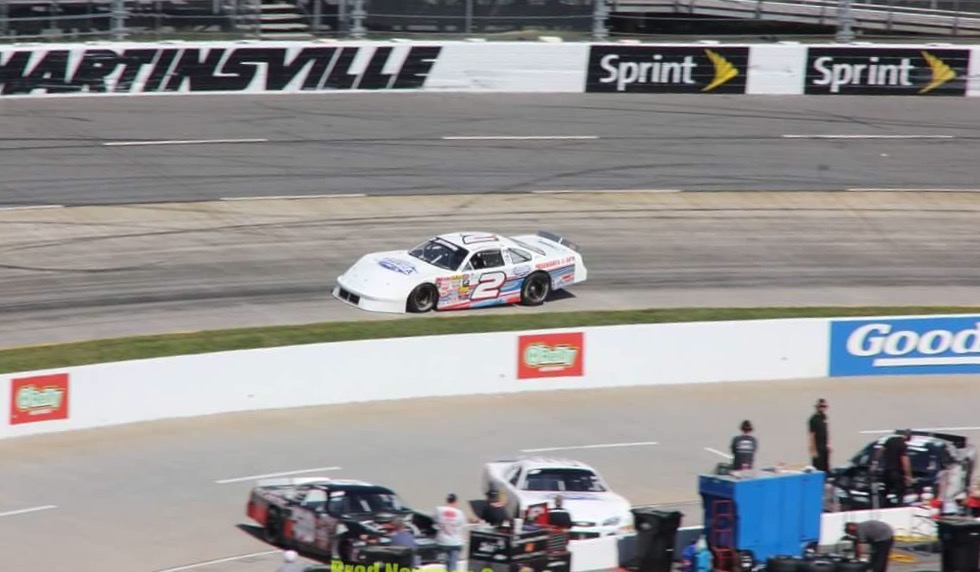 MARTINSVILLE, Va. (Sept. 30, 2015) – Rising young racing star Myatt Snider enters this weekend’s ValleyStar Credit Union 300 at Martinsville Speedway as optimistic as ever. He feels like his third shot at winning Late Model Stock Car racing’s richest and most prestigious event is his best yet.

“We’re really looking forward to getting another opportunity to win at Martinsville,” said the Belmont Abbey College junior. “With so many great drivers and teams entered in this race, it’s always a big accomplishment just to make Sunday’s big 200-lap feature.

“With our major focus for the 2015 season being on winning the CARS Tour championship, we really plan on enjoying a no pressure situation this weekend,” said Snider, who holds a three-point lead in the CARS Tour LMSC point standings with only the Nov. 1 finale at Hickory Speedway remaining on the schedule. “The only pressure we have will be what we put on ourselves. We know it’s a huge race and it would be a monumental accomplishment to win it, but there are no points on the line or consequences after the race.

“Our plan is to have fun this weekend and focus on winning,” said Snider, son of noted NBC-TV Sports broadcaster Marty Snider. “This will be our third Martinsville race if things go as planned and we make the field. We’ve been competitive there the last two years, although the results may not show that.”

During his first race weekend at Martinsville in 2013, Snider qualified 33rd fastest of the 86 cars on hand. He started ninth and finished eighth in his 20-lap heat race to secure a starting spot in the feature race. Snider started 29th and finished 19th in the 200-lapper.

“We learned a lot at Martinsville in our first visit,” said Snider. “We started around 30th and passed about 15 cars during the early part of the race. We were able to get several good restarts after cautions and grab spots. We wound up having several issues, but it was electrical problems that put us behind the wall for many laps.”

Snider started 21st and finished 21st in last year’s edition of the race. There were more than 70 cars that competed during the huge race weekend and Snider was able to take some positive out of it.

“Our game plan going into last year’s Martinsville race was to be smart and make it to the final 10 laps,” said Snider. “The big goal was to be there at the end of the race and have a legitimate shot at winning. We certainly did that. It was a race where I learned so much about being able to be patiently aggressive, if that’s possible. I think we accomplished that before being taken out with seven laps to go. There was nothing we could have done differently and we just had to chalk it up as another opportunity to gain more experience.

“The biggest thing heading into this weekend is that we have raced a ton of laps there now and know what to expect,” Snider said. “The format has changed for this time around and I applaud the officials for it. Instead of stopping at the half-way point and again with 10 laps remaining, there will be only one break. We’ll see the caution fly after 150 laps and have a chance to pit for fresh tires and fuel. That will set up a 50-lap shootout to the finish.

“I know first-hand about the carnage that restarting with only 10 laps to go can cause because we’ve experienced it,” said Snider. “Jeff (Caudill, crew chief) and I have already discussed our strategy heading into the weekend. Martinsville demands patience more than any track we race on. That’s a facet of racing that I have grown to have a pretty good handle on. But with so many others out there on such a tight track, it’s always so easy to innocently get caught up in somebody else’s mess.

“There are several goals to reach along the way this weekend. Of course the first goal is just to make the starting field for the 200-lap feature. In the feature, we hope to avoid the wrecks and be in a position to possibly win at the end. To do that, our goal is to be somewhere among the top seven cars during the break with 50 to go. If we can be there in that position, I’m confident we can win the race.”

After testing two cars at Martinsville on September 23, Snider, Caudill and team decided to race their car named “White Lightning,” which is the same NASCAR Whelen Series car they raced there last year. Their No. 2 NASCAR America on NBCSN Chevy will carry a special color scheme for this weekend.

“It’s a really cool retro 80’s look I think,” Snider offered. “We’re using it to work in a special tribute to some of the folks racing has lost recently. I think the fans will really get a kick out of it and we can’t wait to get up to Martinsville and roll it off the trailer.”

Sunday’s ValleyStar Credit Union 300 is NASCAR’s biggest, richest and most prestigious Late Model Stock Car race, with a total purse of $100,000 and a $25,000 payday for the winner. The day consists of three 25-lap heat races, a 25-lap last chance race and the 200-lap feature. Racing action starts at noon. Tickets are on sale now and can be purchased at www.martinsvillespeedway.com or by calling 877.RACE.TIX.

For additional information on Myatt Snider and his No. 2 NASCAR America Racing Team, please visit www.myattsnider.com. You can also connect with Myatt on Facebook (www.facebook.com/myatt.snider) and on Twitter (@MyattSnider).