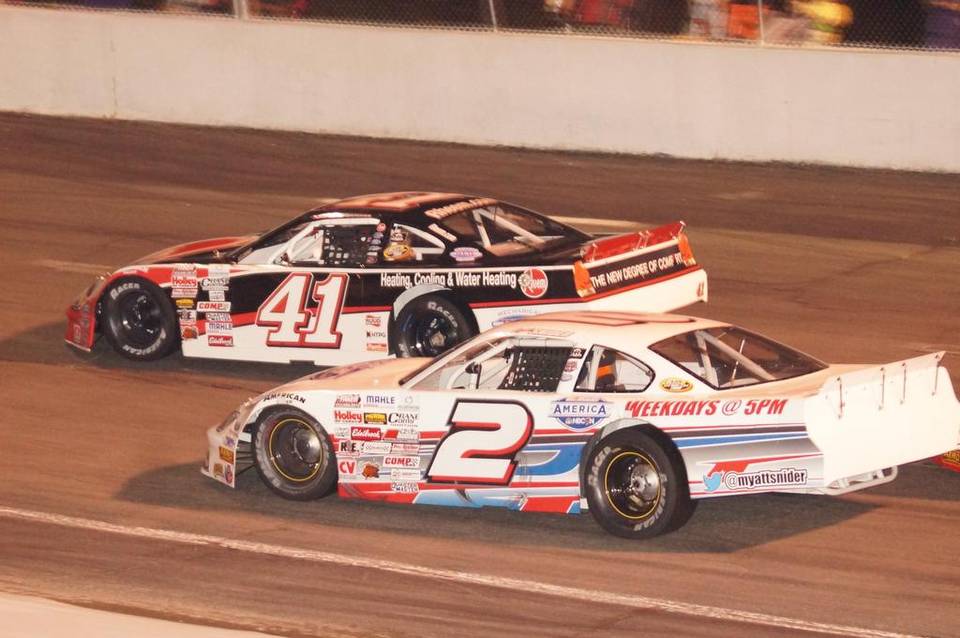 “I use that term quite a bit, but it has never been more appropriate than this week as we head back to Orange County,” said Snider, who started fourth and finished third in the series’ first race there back on April 18. “From the big picture standpoint, it’s ‘go time’ to make a charge toward reaching our season’s goal of winning the championship. From the immediate view, we’re confident we’ll know when it’s ‘go time’ there on Saturday night and be able to score our first big CARS Tour victory.”

Entering Saturday’s return to the 0.400-mile Rougemont, North Carolina oval, Snider has four top-five finishes and six top-10s in the six races completed so far. His impressive record boasts an incredible 4.5 average finish with a 6.0 average start. He has completed 100 percent (775/775) of the laps. Yet with all of the stellar statistics, he still has yet to sit atop the point standings this year.

“When you look back on the season so far, we’ve been the most consistent team out there,” said Snider, driver of the No. 2 “NASCAR America” Chevrolet. “We’re the only team who has finished in the top-10 in every race. We have been strong in every race and finished every possible lap. We’ve had a great season so far, but we need to dig even deeper and take it up another notch.

“With all the strong runs we’ve had and being in the thick of it in almost every race, the bottom line is that we have 172 points and the guy in that No. 41 car has 173,” added Snider, son of noted NBC-TV Sports broadcaster Marty Snider. “The reason we aren’t in the lead right now is easily explained. The 41 car has eight bonus points and the 2 car has zero.

“By saying that we are looking to take it up a notch, what I mean is that it’s time for us to pick up those bonus points, too. The way you do that is lead laps and win races. It’s ‘go time’ for us to do that this weekend at Orange County.”

“This weekend’s race at Orange County offers us our best opportunity to win so far I think,” said Snider. “We were so strong there back in April and had an excellent opportunity to win that race. We had a great shot and were battling up front at the finish. Even after having the broken valve spring with two laps to go, we still hung in there to finish third.

“Heading back to Orange County, we have so much knowledge from the first race to draw from. We know which lines play out best throughout the race. We will be racing 25 fewer laps this time around and will know how to adjust appropriately. As always, Jeff (Caudill, crew chief), Paul (Griffin, spotter) and I will get together before the race and develop our race strategy. Our ‘go time’ during the race will depend on where we qualify. In an optimal scenario, we’ll be running in the top three with 25 laps to go. The goal is to be in that situation. We can win it if we are.

“The fact that we got to test there last week certainly is a boost for our confidence and mentality as we prepare for the race,” said Snider. “This will be the first race running the harder right-side tires and I think we’ll have a good handle on that aspect. It will be much hotter, so I will be drinking lots of fluids from Friday’s practice on.

“We’re gonna have to push it harder and give it all we have to try to lead laps and win the race,” added Snider. “Like I said, it’ll be ‘go time’ there at Orange County on Saturday night.”

The Mooresville, N.C.-based CARS Tour is the first series of its kind to host two premier divisions running on the same track as part of the same event. As will all 10 events scheduled for the 2015 season, Saturday’s Summertime Showdown 250 presented by CV Products and The Grilling Store will feature races for both the CARS Late Model Stock Car and CARS Super Late Model divisions.

Friday’s open testing from 1:30 p.m. till 5:30 p.m. kicks off the schedule at Orange County. Saturday’s schedule sees alternating practice sessions beginning at 12:30 p.m. Qualifying is set for 5:00 p.m. and last-chance races begin at 6:30 p.m. The SLM 125-lapper is scheduled to get the green flag at 7:30 p.m., followed by the 125-lap feature for the LMSC division. Grandstand admission for Saturday night is only $20. Youth tickets (ages 7-12) are $10 each and children 6 & under are admitted free of charge.