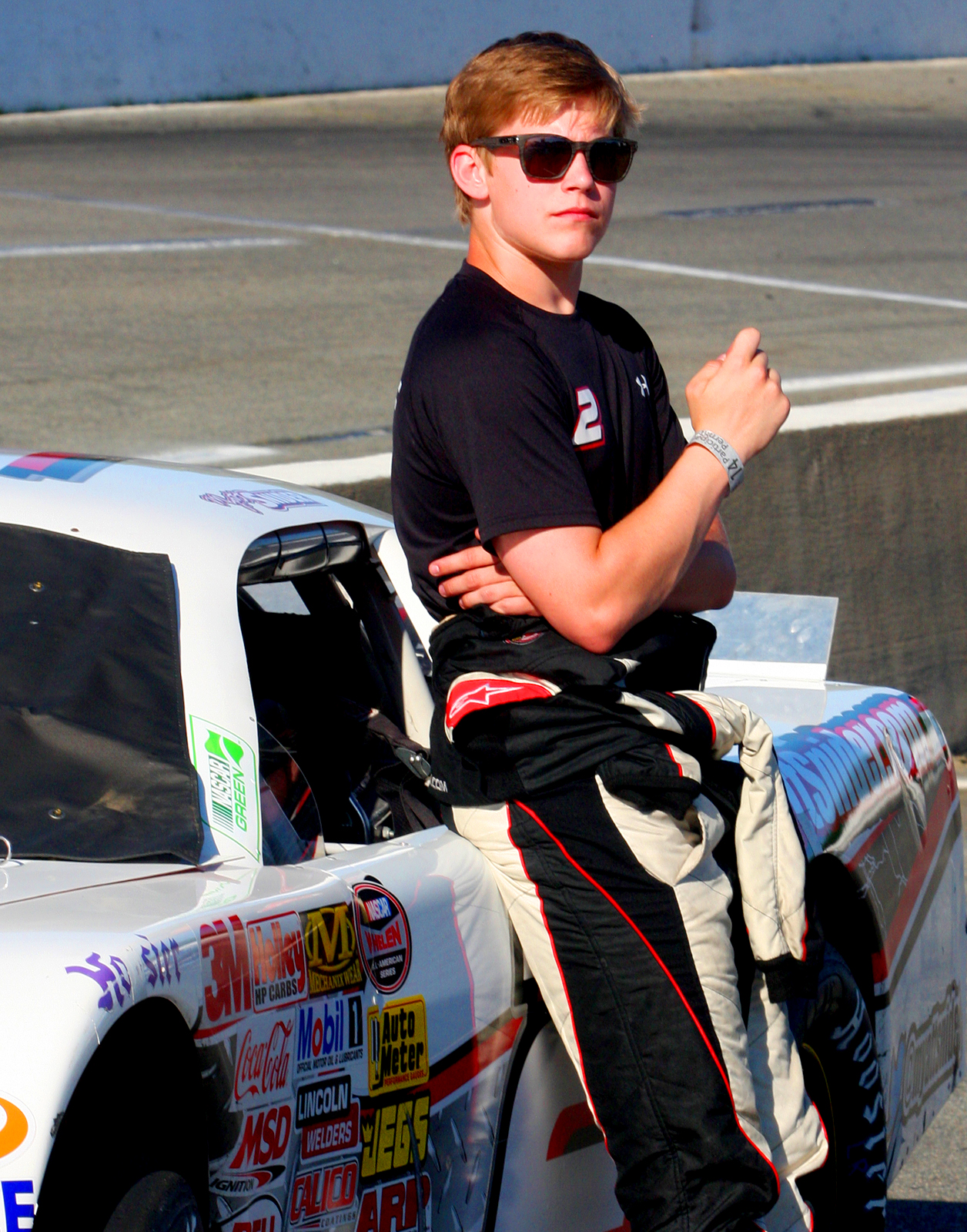 CHARLOTTE, N.C. (April 15, 2015) – After his impressive podium finish in the inaugural CARS Tour battle on March 28 at Southern National, rising young racing star Myatt Snider wants more. He is heading into Saturday’s Orange Blossom 300 at Orange County Speedway with winning on his mind.

“We’re coming in there hoping for a big win for sure,” said the 20-year-old charger who is a student at Belmont Abbey College. “Realistically, I know we have a great car and think we can at least be in the top three like we were at Kenly.”

With more than 30 of the strongest Late Model Stock Car drivers in the nation expected to be on hand for Saturday’s 150-lap battle, Snider will certainly have his work cut out for him. Adding to the challenge is the fact that he has never raced on what is billed as “the fastest 3/8ths-mile track in America.”

“Outside of our recent test there, I had never even seen the track before,” said Snider, son of noted NBC Sports reporter Marty Snider. “I can certainly attest to it being a super fast little race track. We had our big spring car there for the test and were running high 30s and low 40s (laps of 14.30-14.40 seconds) and that’s flying around a track that’s not even a half-mile in length.

“Jeff (Caudill, crew chief) has a lot of experience racing there with the old UARA cars and he was really pleased with how our testing turned out. We unloaded and ran well right off the bat. We continued to get better the more we ran and that’s a great confidence builder. We probably ran 40 to 50 laps total, including four mock qualifying laps and a few 10-lap runs.

“The track struck me in an odd way as being like a combination of Southern National and South Boston in that the turns are short and sweeping,” said Snider, who started 13th and finished seventh in NASCAR action last Saturday at South Boston Speedway. “It’s hard to make the bottom lane work there and the middle lane works best for me. The banking is just a little less than at Southern National.

“Since our testing there, I’ve still been doing all I can to prepare for Saturday’s race,” Snider said. “I’ve been talking to guys who have experience racing there and watching a lot of videos of past Orange County races.”

Snider emerged from the inaugural CARS Tour battle three weeks ago as a bona fide championship threat. He qualified sixth and finished third in the season opener at Southern National.
“It was our first time running the coil binding and bump stops and we were very pleased with the way everything turned out,” said Snider. “We had an incredibly good race car, qualified sixth and ran strong all race long. We were able to make a charge up to third at the end of the race and had a legitimate shot at winning it. I look at the guys who finished in front of me there, Todd (Gilliland) and Deac (McCaskill), to be consistently strong and drivers I’ll be contending with all season long.

“I look for Todd and Deac to be really strong again this weekend at Orange County,” added Snider. “But the field will be so strong that you could add another 10 drivers who can possibly win it. I just hope to be consistently strong like we were at Kenly. If we can qualify well and play our cards right, I am confident that we can be there at the end with an opportunity to win.”

Snider is currently third in the CARS Tour point standings after one race. With 30 points, he trails co-leaders Gilliland and McCaskill by four points. Snider’s 2015 schedule has him racing in all 10 CARS Tour events in pursuit of the series championship. In addition, he will compete in several NASCAR Whelen LMSC events.

“We put our thinking caps on and came up with a schedule that will give us needed experience on quite a few race tracks,” said Snider. “You can chart our course when you look at our schedule – kind of connect the dots. The big priority is the CARS Tour and we’ll be racing at some of those tracks in advance of those races. The biggest reason we ran at South Boston last week was in preparation for Denny’s race there next week (April 23 Denny Hamlin Short Track Showdown). Another example is our plan to run the weekly race at Hickory on May 2 in our preparation for the CARS Tour race there on May 9. Our schedule is challenging, especially changing back and forth between the coil binding and conventional spring setups, but it will be so much fun.”

Snider’s No. 2 Chevrolet carries the “NASCAR America” logo on the sides. The elder Snider is a reporter for the racing program, seen daily at 5 p.m. on NBCSN. Snider’s full crew remains intact from last season, with the team based out of Caudill’s Four Oaks, N.C. shop. Veteran spotter Paul Griffin will continue during 2015, as will crewman David Drew.

The Mooresville, N.C.-based CARS Tour is the first series of its kind to host two premier divisions running on the same track as part of the same event. As will all 10 events scheduled for the 2015 season, Saturday’s Orange Blossom 300 presented by The Grilling Store will feature 150-lap races for both the CARS Late Model Stock Car and CARS Super Late Model divisions.

Saturday’s schedule sees alternating practice sessions beginning at 10:45 a.m. Qualifying is set for 4:30 p.m. and last-chance races begin at 6 p.m. The first 150-lapper is scheduled to get the green flag at 7:30 p.m. Grandstand admission for Saturday night is only $20. Youth tickets (ages 7-12) are $10 each and children 6 & under are admitted free of charge.