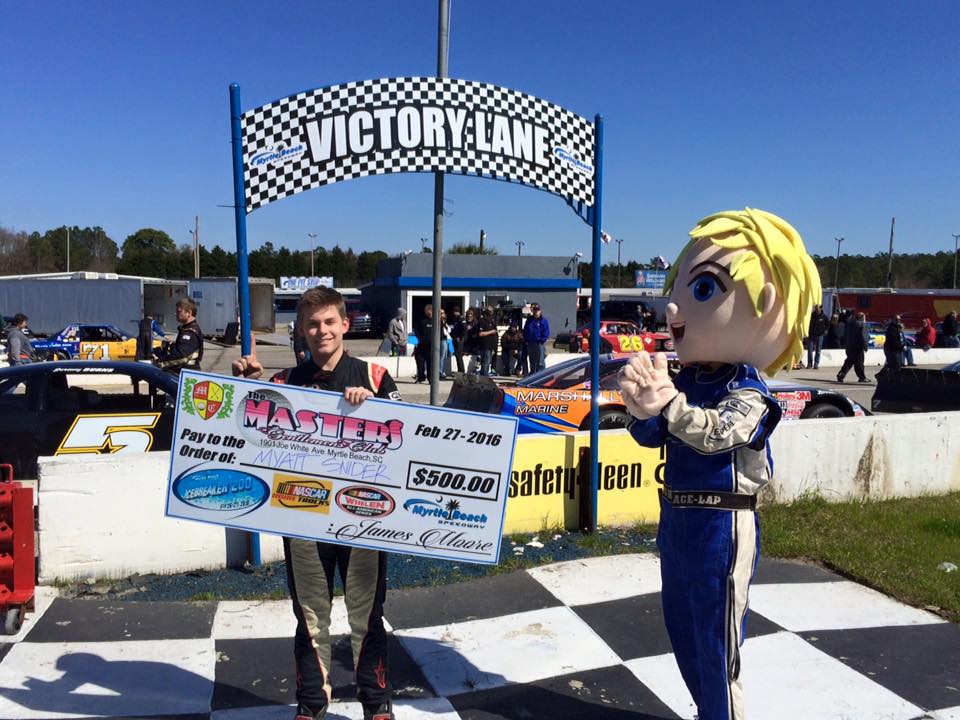 Hard-charging Myatt Snider paced all the practice sessions and won the pole position for Saturday’s ICEBREAKER 125-lap LMSC feature at Myrtle Beach Speedway. Snider had his No. 2 NASCAR America Chevy at the point for the first 25 laps before going into a conservation mode. He fell as far back as sixth before launching a charge toward the front in the final 30 laps. After climbing back up to fourth, he had to settle for a fifth-place finish at the checkers. Tommy Lemons took the victory, with Justin Johnson second, Sam Yarbrough third and Dylan Hall fourth.

Off to a solid start for the 2016 season with a pole and top-five finish under his belt, Snider and his Jeff Caudill-led team will now head to Caraway Speedway for the season opener on Sunday, March 6 at 2:30 p.m.