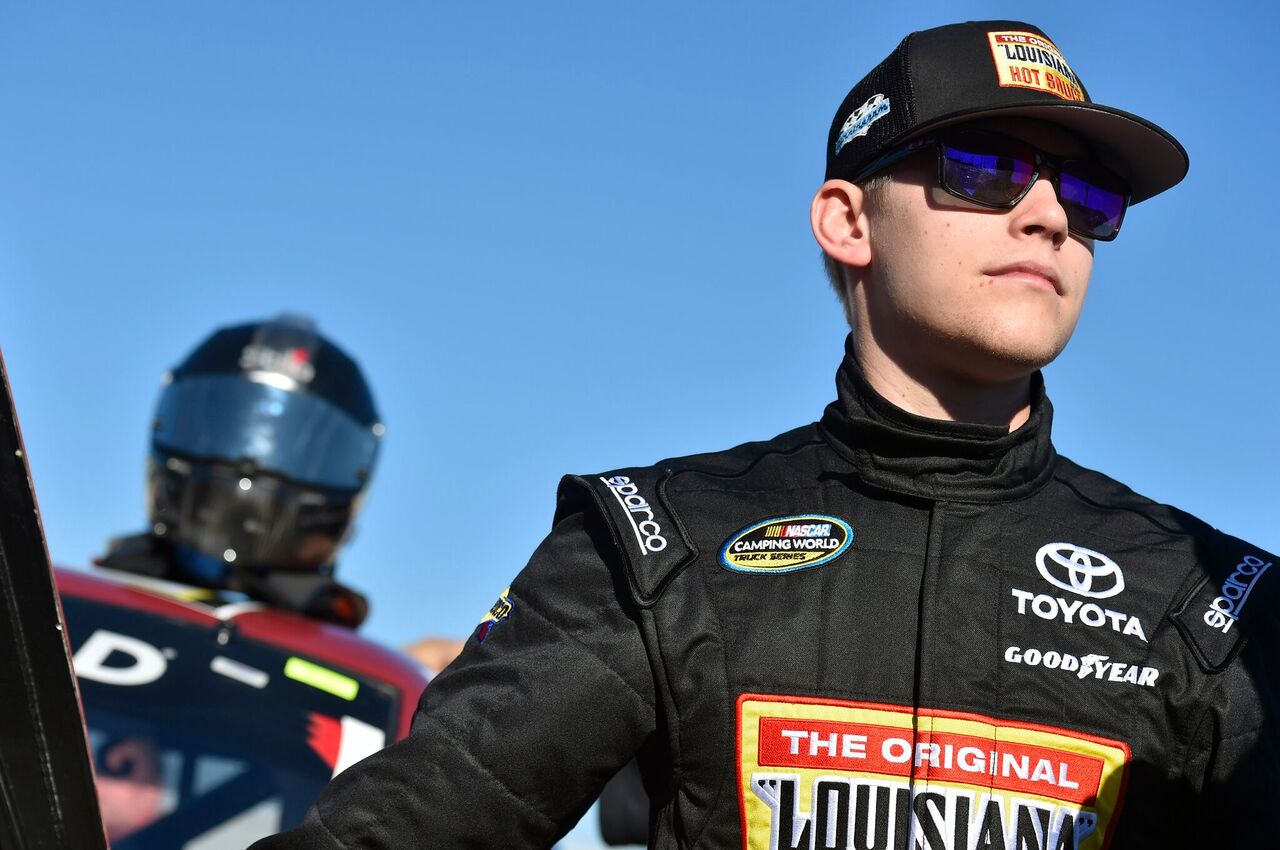 Myatt Snider to Compete in Eight Truck Series Races
Behind the Wheel of the No. 51 Tundra in 2017

Snider put his name on the national motorsports map in May of 2016 when he led 35 laps en route to victory in his ARCA Racing Series debut at Toledo (Ohio) Speedway. The North Carolina native collected one win, 68 laps led, three top-five and five top-10 finishes resulting in an average finish of 13.8 across nine ARCA starts this season. He made his NASCAR Camping World Truck Series debut for AM Racing at Phoenix (Ariz.) International Raceway in November where he started 19th and finished on the lead lap in the 17th spot.

“We’ve had an opportunity to see Myatt showcase his talent racing in the CARS Tour the last couple of years in Late Model stocks and then he really got off to a hot start on the national level when he won his ARCA debut,” Busch said. “He continued to lead laps and have quality runs in ARCA during his limited schedule, so we feel like he is deserving of the opportunity to now move into one of NASCAR’s top divisions and be capable of producing the same results for KBM and Louisiana Hot Sauce.”

“I am so thankful to Kyle, Samantha and everyone at Toyota and TRD for this fantastic opportunity,” Snider said. “The chance to race in a Toyota with KBM equipment is something I’ve worked my whole career to have the opportunity to do. I cannot wait to learn from Kyle and my teammates. I want to soak up every bit of information I can. You can’t do better than KBM in the NASCAR Camping World Truck Series and to have Louisiana Hot Sauce on our truck only makes it better. I’ve been blessed with great equipment and people in my career. I’m so thankful to keep that going in 2017. I’m really excited about the races we are running. We will be racing at mile-and-a-half tracks or bigger. That will provide some great opportunities for me to learn and continually improve. I look forward to doing great things with the people at KBM.”

“We look forward to continuing our partnership with Myatt Snider as he joins Kyle Busch Motorsports’ driver lineup for the 2017 NASCAR Camping World Truck Series season, and we are excited to have Louisiana Hot Sauce on the hood of the No. 51 Toyota for the season opener at Daytona International Speedway,” said Brad Olsen, Senior Director of Marketing for Southeastern Mills. “Louisiana Hot Sauce’s multiple racing sponsorships allows us to create a stronger connection with our consumers and incremental opportunities to drive in-store sales for our retail partners and that’s important to us. You can find out more information about our brand and racing family by following us on Twitter @LHSRacing.”

Since debuting in 2010, Kyle Busch Motorsports (KBM) has quickly established itself as one of the most successful teams in all of NASCAR. Owned by 2015 Cup Series champion Kyle Busch and fueled by his passion for winning, the organization holds Camping World Truck Series records for most career wins (56), most wins in a single season (14 in 2014) and most Owner’s Championships (five). Erik Jones earned the organization its first-ever Driver’s Championship in 2015. In 2017, Christopher Bell and Sunoco Rookie of the Year contender Noah Gragson will each compete full-time while Busch, Harrison Burton, Todd Gilliland and Myatt Snider will share driving duties behind the wheel of the No. 51 Tundra.

KBM prepares a fleet of race-winning Toyotas out of its state-of-the art 77,000-square-foot facility in Mooresville, N.C. Fans can stay up-to-date with all the latest KBM news online at www.KyleBuschMotorsports.com, by liking the team on Facebook (KBMteam) and by following the team on Instagram (KBMteam), Google+ (+KBMteam), Snapchat (KBMteam) and Twitter (@KBMteam).