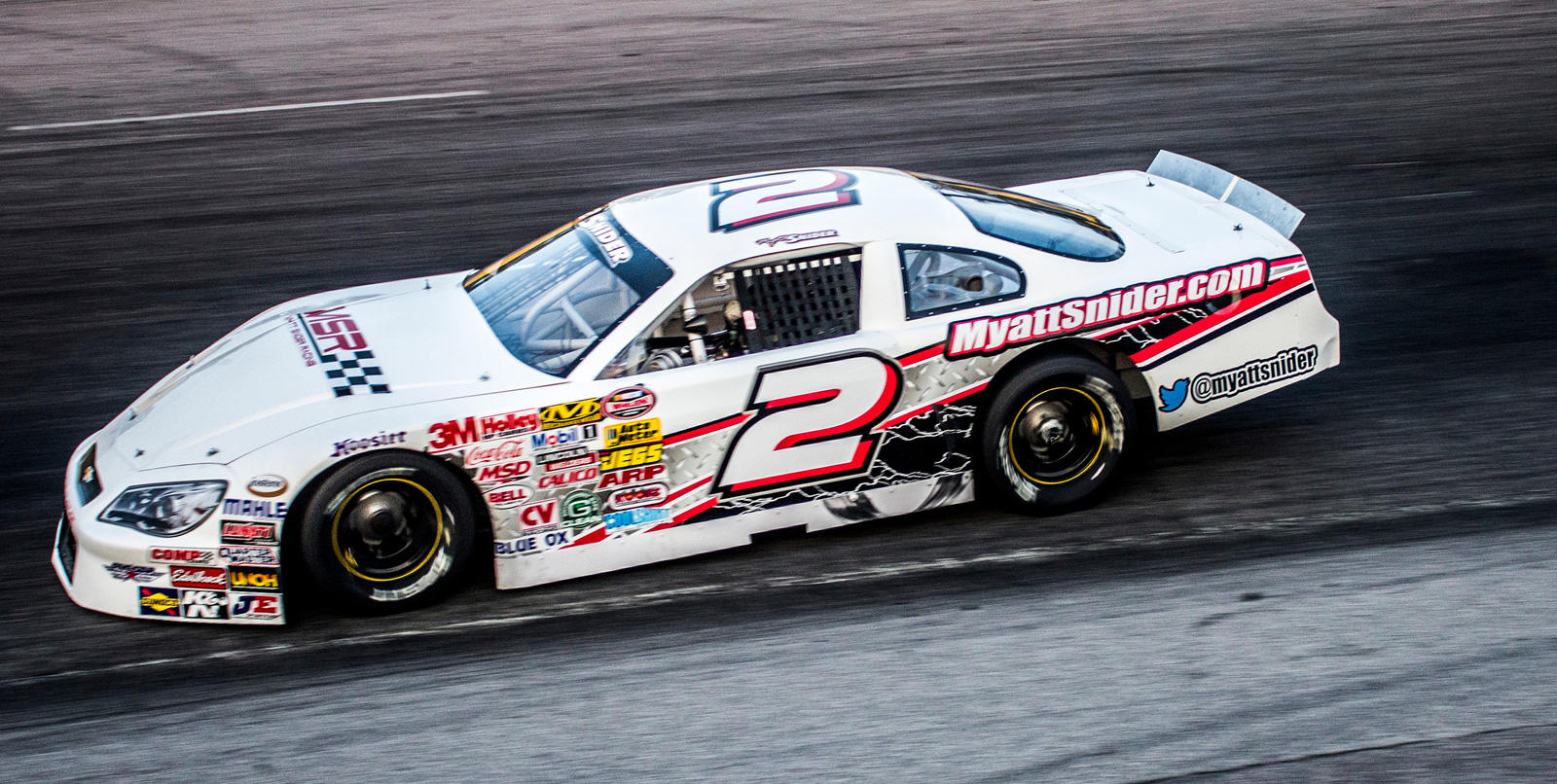 -Consistency Is There; Running Up Front & Leading Laps; Focused On Winning-

“We’ve gotten our consistency level up there to where we are around at the finish for all the races and we’re running up front with the leaders,” said Snider, the former Legends champion who is in just his second season of racing Late Model Stock Cars.  “We’re leading laps and my crew chief Jeff Caudill is preparing cars very capable of winning.  We’re focused on getting our first victory of the season and feel that it’s just around the corner.

“I guess if you were asked to come up with what could be a recipe for winning, we’re definitely putting all the right ingredients into the mixture,” Snider said.  “If we can keep on doing what we’ve been doing – keep up that level of competitiveness and stay out of trouble – the wins just have to come.”

A quick look at Snider’s recent record certainly supports his line of thinking.

As for his consistency, it doesn’t get any better than what he has shown during the last eight races.  Snider has completed all 632 of the 632 possible laps for a 100 percent lap completion average.

As for running up front with the leaders, Snider has posted five top-five finishes and eight top-10s during the eight-race stretch.  He has a 5.0 average finish during that period.

In their most recent outing at Southern National, Snider, Caudill and the “2 Crew” debuted a new chassis for the June 7 action.  Snider started fourth and finished fourth in the first 75-lap feature.  He then started third and led two times for 32 laps in the second 75-lapper, before having to settle for a runner-up finish behind winner Lee Pullium.

“We brought out the new car during our last visit there and were super satisfied with the strength the chassis showed,” said Snider, a student at Belmont-Abbey College and employee at Joe Gibbs Racing.  “We had a solid showing in the first 75-lap feature, starting fourth and finishing fourth.

“In the second 75-lapper, the car really showed its potential,” Snider said.  “After starting third, we were able to move on up into the lead only six laps into the race.  We set a nice steady pace, but about 20 laps into the race, I could see the No. 5 car (Pullium) closing in.  We were able to hold him off for more than 20 laps and then raced him side-by-side for several laps.

“Once he got around us for good, I focused on using the remaining laps as a big learning experience.  Lee is a real master at running that track and you can always pick up things by watching him and taking mental notes.  At the finish, he had about a two-second lead over us and we had the same distance on the third-place finisher.

“Like I said, if we can keep on learning and getting stronger every time we get out there, I know we’re headed toward getting those wins,” said the personable 19-year-old driver.  “I am just so thankful that I have the opportunity to be doing this.  With the great support I have from my crew and my family, I can’t wait till we’re able to all celebrate together.”

Entering Saturday’s action at SNMP, Snider is third in the LMSC division points.  He trails points-leader Tommy Lemons by only 28 points and is just six points behind second-place Pulliam.

Saturday’s card of racing is being promoted as the “School’s Out! 300.”  In addition to the 100-lap LMSC feature, the Limited Late Models, Chargers, Street Stocks, UCars and Southern Ground Pounders will all be in action.  Adult admission is $15, with seniors and military members allowed in for $12.  Children age 16 and under will be admitted free when accompanied by a paid adult admission.