SNIDER HOPING TO BUILD ON MOMENTUM FROM HAMLIN SHOWDOWN 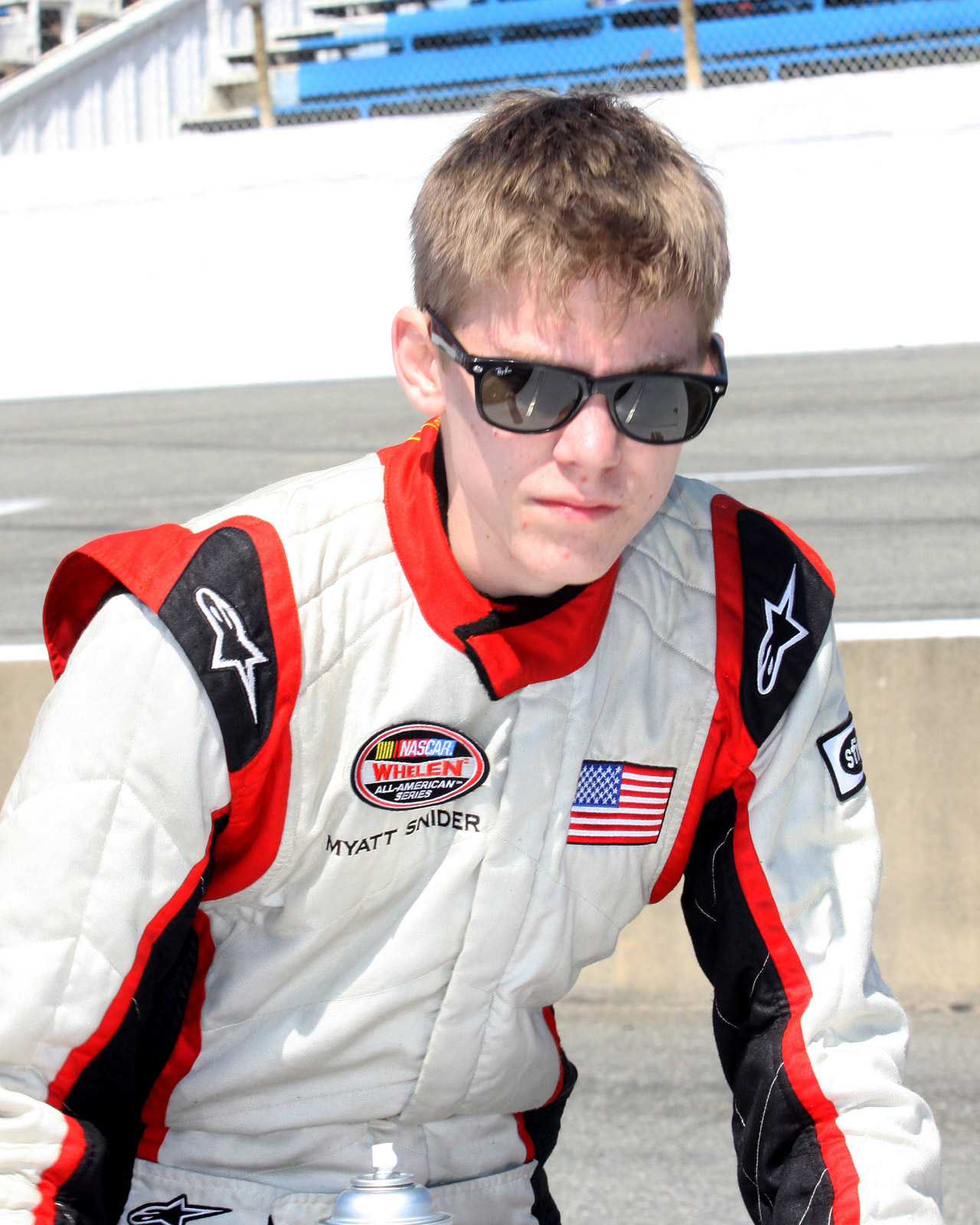 SOUTH BOSTON, Va. (April 30, 2014) – Myatt Snider had one of the most impressive performances of his young racing career in last Thursday’s Denny Hamlin Short Track Showdown at South Boston Speedway.  He is hoping to build on that momentum as he returns to “SoBo” for this Saturday night’s action.

“We started 30th, had a solid run all race long and brought her home a strong seventh,” said Snider, still bubbling with excitement from getting to race with the likes of Hamlin and Joe Gibbs Racing teammates Matt Kenseth and Kyle Busch.  “That was so cool to have the opportunity to compete with those guys.  Being able to hold off Denny there at the end like we did is a memory I will always treasure.

“Starting back in the field like we did, I wasn’t really enthused about our chances for having a great run,” offered Snider, a regular in NASCAR Whelen All American Series competition and rising star at South Boston and other NASCAR Home Tracks in the area.  “We weren’t as strong as I had hoped in practice and qualifying and quite honestly I didn’t know what to expect in the race.

“When the green flag dropped, we just started picking them off one by one,” Snider recalled.  “We were able to get a great rhythm going and maintain our focus.  Our car was just lightning fast and we wound up passing two-thirds of the field before the night was over.  If they gave a trophy for passing the most cars out there, we definitely would have won it.

“Jeff and the guys gave me one of the strongest cars I have driven and they deserve a lot of credit for our performance there last week,” Snider said of crew chief Jeff Caudill, who fields the No. 2 Chevy out of his Four Oaks, N.C., race shop. “With 36 cars starting the race and us being able to move up through the pack like we did, I probably don’t have to tell you what a tremendous job that Paul Griffin did for us up in the spotters’ stand.”

The 2014 edition of Hamlin’s “Showdown” will remain a special memory forever for Snider.  The son of noted broadcaster Marty Snider, he is balancing his on-track schedule this year with time in the classroom at Belmont Abbey College and regular work hours at Joe Gibbs Racing.

“Working at JGR like I do, it was a huge deal personally for me in having the opportunity to race with Denny, Matt and Kyle,” said Snider, whose job at the JGR shop is centered around the preparation of Kenseth’s No. 20 Toyotas.  “I will always look back fondly on my first chance to race with those guys.  It was such a thrill.  I hope I will get many more opportunities to race with them in the future.”

Snider and his No. 2 MyattSnider.com Racing Team return to action in this Saturday’s race card at South Boston. The historical 4/10ths-mile oval will be featuring five divisions competing.  Highlighted by twin 75-lap features for the Whelen All-American Late Models, the Limiteds, Pure Stocks, Modifieds and Legendary Flatheads will all be part of the exciting night at “SoBo.”

“Man, we can’t wait to get back there for Saturday’s races,” said Snider.  “I honestly think we’ll be bringing in a lot of momentum that we can build on.  It’s not a long 200-lap race like it was during our last visit, but I am looking at the flip side to the situation.  There are two 75-lap features scheduled this time around and we are looking at it as having two shots at getting the winner’s trophy.”