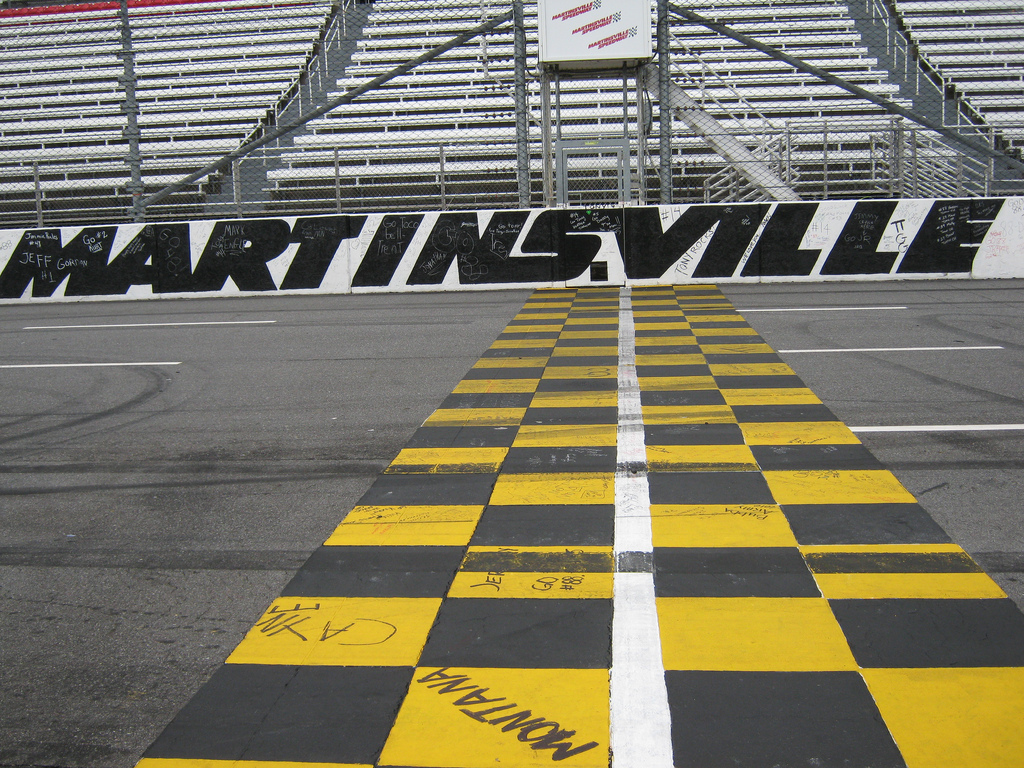 -Pleased With This Week’s Testing Prior to Huge Annual LMSC Battle on Oct. 4-

CHARLOTTE (Sept. 25, 2015) – Rising young racing star Myatt Snider finished seventh in the Sept. 19 CARS Tour battle at Myrtle Beach Speedway and left as the series points leader with only one race remaining for the 2015 season. Snider and his No. 2 NASCAR America Chevy team immediately turned their attention to the Oct. 4 ValleyStar Credit Union 300 at Martinsville Speedway.

“We probably were a little too conservative at Myrtle Beach,” said the Belmont Abbey College junior. “We started the race up front and faded back to 15th or so with our strategy of playing it safe and saving our tires. We got back there running with some guys who didn’t have much experience and it got hairy a couple of times. We were running the outside line really well. When it was go time, we started our charge back up through the pack.

“After the final restart, we caught up to the 41 car (Brayton Haws) and got around him on the final turn of the last lap,” said Snider. “That allowed us to leave Myrtle Beach with a three-point lead heading into the CARS Tour finale at Hickory on Nov. 1.

“We immediately turned our attention to the big race at Martinsville. It’s like the Daytona 500 of Late Model Stock Car racing and is such a prestigious race to win. We’ve made the starting field the last two years and with so many cars that enter the race, that’s an accomplishment in itself. We were running strong enough to win it last year, but got caught up in a crash with only a couple of laps remaining.

“In preparation for the race, we tested at Martinsville on Wednesday and were really pleased with how things went,” Snider offered. “There were probably 50 or more teams getting in test time. We had our two cars there and tested both of them. We decided to race ‘White Lightning,’ our NASCAR Whelen car, when we come back. It’s the same car we raced there last year. There wasn’t that much difference between the two cars. Both were fast and handled really well. We just feel like the older car will be stronger on the long runs and that will be important.

“As for the race itself, it is always such a huge test of patience. Martinsville is such a tight and flat little track that it demands patience more than any track we race on. It gets really chaotic from the drop of the green. I go in there with the mindset that you can’t win the race until all the laps are run. Unfortunately, there are a lot of the other drivers who always get so impatient and there tends to be a lot of crashes. We just hope we can steer clear of them.

“With no points on the line, we’re heading in there shooting for the win and picking up the big winner’s check,” Snider concluded. “As strong as we’ve been running this season, I’m really looking forward to it. It would certainly be a highlight of my career if we can pull it off.”

The Oct. 4 ValleyStar Credit Union 300 is NASCAR’s biggest, richest and most prestigious Late Model Stock Car race, with a total purse of $100,000 and a $25,000 payday for the winner. The day consists of three 25-lap heat races, a 25-lap last chance race and the 200-lap feature. Racing action starts at noon.
Tickets are on sale now and can be purchased at www.martinsvillespeedway.com or by calling 877.RACE.TIX.