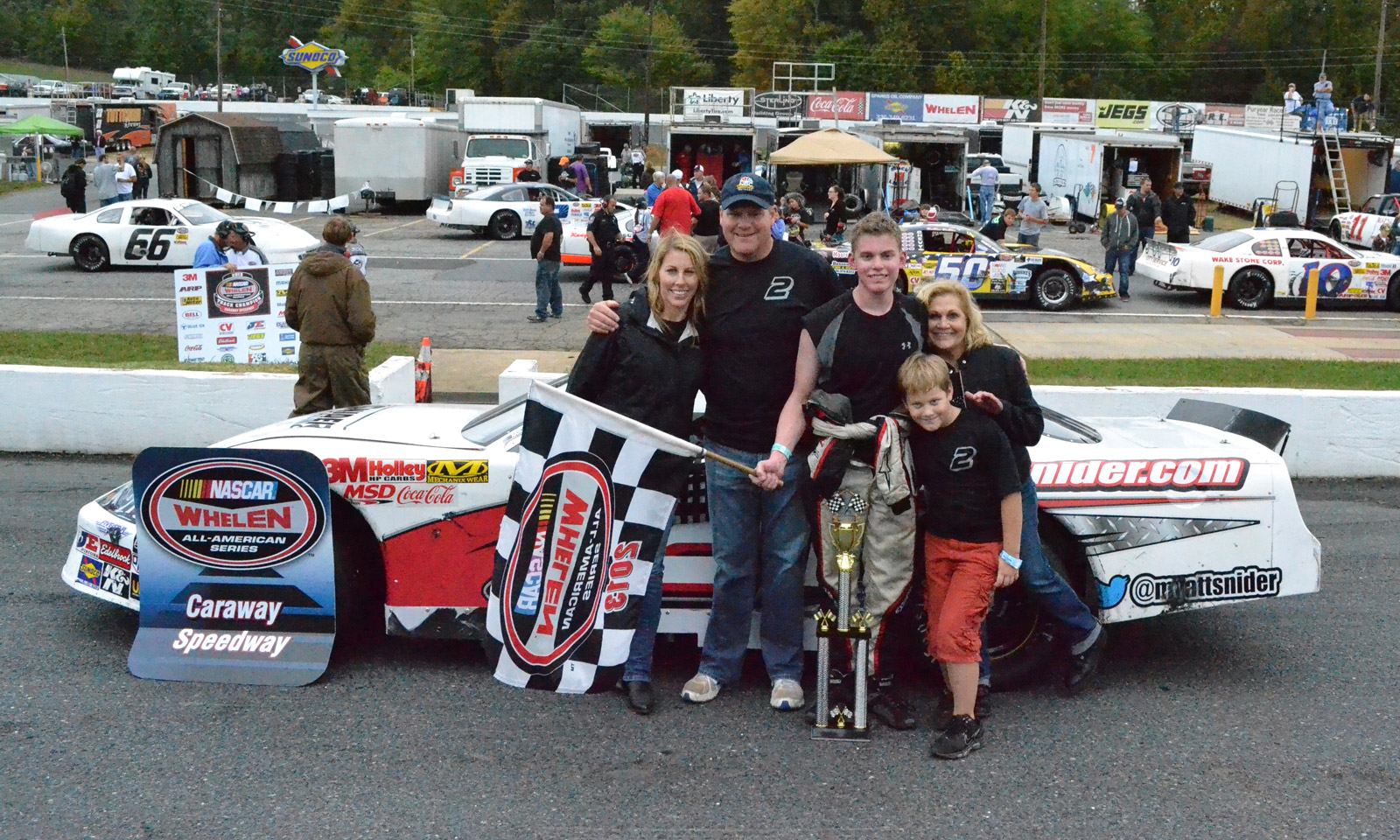 “We’re headed back to South Boston about as pumped up as we can be,” said the personable 19-year-old driver.  “We raced our new car at Kenly (Southern National Motor Sports Park) last weekend and were extremely pleased with the outcome.  We finished fourth in the first 75-lap race and runner-up in the second 75-lapper.  We decided to keep the new car on the jack stands at the shop this weekend and race the older car. Saturday’s race is a 150-lapper and the older car seems to be a little easier on the tires we have found.”

Snider, the son of noted NBC Sports reporter Marty Snider, has been on a hot streak that dates back to the second weekend in May.  During that period, he has competed in seven races, scoring five top-five finishes and seven top-10s.  He has a 5.3 average start and 4.7 average finish during his last month of racing.  He has rocketed up the point standings, both nationally and at Southern National.  He is tied for 18th in the NASCAR national standings.  At the Kenly track, he is third and only 28 points out of the lead.

Snider’s most impressive statistic during the period is the fact that he has completed 100 percent of all possible (480 of 480) laps.  He certainly understands the significance of that feat.

“We know from experience just how important it is to complete the laps and be running at the end of the races,” said Snider, who is also a student at Belmont Abbey College and an employee at Joe Gibbs Racing.  “I think the great run we had in Denny’s race (April 24 Denny Hamlin Showdown) at South Boston serves as a great example of that.  It was 200 laps and we started from the back.  We ran one of the smartest races of our career and finished seventh against the best drivers out there today.

“I’m continuing to learn the importance of being patient every time we hit the race track.  I have a great team around me that continues to help reinforce that.  I’m focused on being a fast racer, but also a smart one, too.  You can’t win if you’re not around for the finish and being too aggressive early in the race is a sure way to finish on the hook and not on the track.

“I think another aspect we are continuing to get better in is our tire management,” offered Snider, a former Legends champion who is in just his second full season of racing Late Model Stock Cars.  “The guys who consistently win on the tracks where we race are masters at it.  They know how to get the absolute most out of their tires.  They know when to be patient and they know when it’s time to really get after it.  When I am following the veteran drivers, I make it a point to pick up on their lines around the track, where they get off the gas in the corners and so forth.

“This Saturday’s race will give us a chance to put on display how much we’ve been learning,” added Snider.  “We’ll be battling it out in a 150-lap feature.  Our goal is to qualify well, run up front and set a nice consistent pace.  If we’re not already running up front as the laps wind down, we hope to have something left in our tires.  We want to be able to make a charge when it’s ‘go time’ during the closing laps of the race.”