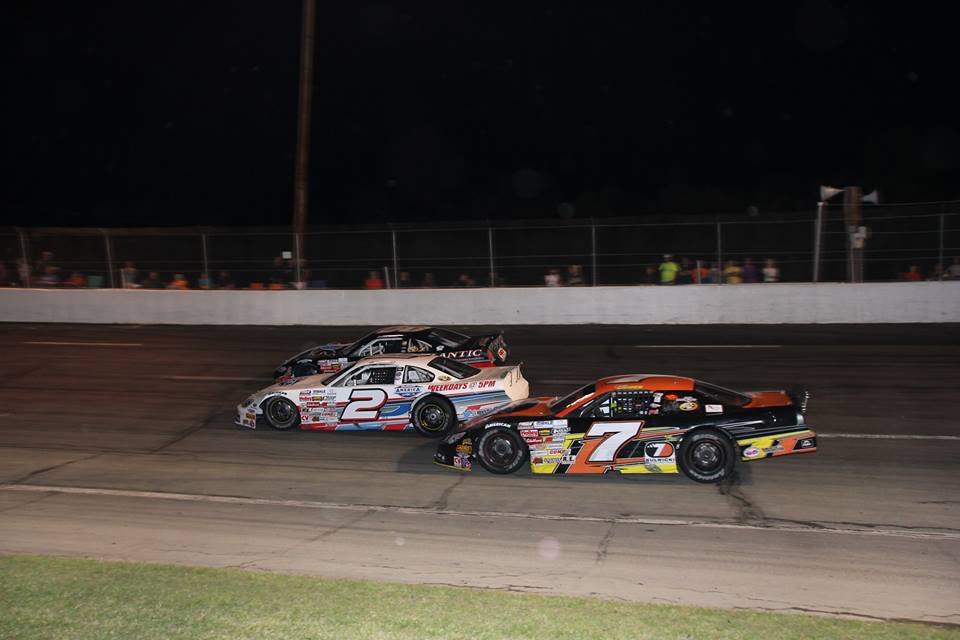 CHARLOTTE, N.C. (July 8, 2015) – Saturday’s Food Country USA 250 Presented by Heritage Truck at Motor Mile Speedway offers Myatt Snider a challenge he has grown accustomed to. The hard-charging 20-year-old says he is ready for the task at hand as he prepares for the sixth race of the 2015 CARS Tour.

“Motor Mile Speedway is yet another track we’ll be racing on where my experience level is lacking, but we can’t wait to get there and get after it,” Snider said of the 0.416-mile track located near Radford, Va. “We’ve actually been there once before, but had the rear-end housing go out so early in the race that there’s really nothing to draw from.

“It’s a familiar situation we have faced a lot this season,” said Snider, currently third in the CARS Tour Late Model Stock Car Division point standings. “It was the same story entering the races at Rougemont, Hickory and Tri-County, but we came through with competitive runs in all those races.”

“When we decided to run the CARS Tour, it was a big positive in that the series offered us the opportunity to race at so many tracks for the first time,” said Snider, son of noted NBC-TV Sports reporter Marty Snider. “We welcomed that challenge and looked at it as a great way to get prepared for the future.

“One of our biggest goals for the 2015 season was to be able to adapt to new tracks, run fast and be in competition for the win. I think we have done a very respectable job so far. We have the aspiration to move up the racing ladder and compete in the higher NASCAR divisions some day and maybe compete in some ARCA races between now and then. We’ll be tackling the same scenario along the way, adding many new tracks where we’re racing for the first time.

“As for this weekend at Motor Mile, I’ve been watching all the videos I can find, trying to get a good read on the best line around the track before we get there on Friday,” said Snider. “From what I can tell, it seems like you race there very similar to how you get around South Boston. It looks like you need to have two tires down on the apron in order to go fast.

“Just like always, I’ll have Jeff (crew chief Jeff Caudill) and Jamey (driving coach and teammate Jamey Caudill) there to lean on for advice. It’s not a track where they have an abundance of experience, but they certainly have more than I do. Working with them has been such a blessing when it comes to adapting to the new tracks and being as prepared as possible when we get there.”

With five races down and another five races remaining to determine the inaugural CARS Tour champion, Snider is third in the LMSC points, trailing leader Brayton Haws by 11 points. Only two points separate Snider and second-place Deac McCaskill. Snider has posted a 5.0 average start and a 4.8 average finish during the first half of the season. He is the only driver to score top-10 finishes in all the races.

“Obviously, I am coming into Motor Mile wanting to win the race.” said Snider. “That’s the big target every time we take the green flag. I’d say that our immediate goals for this weekend include finishing in front of the 41 car (Haws) and chopping off some of our points deficit, run up front, lead some laps and have a shot to win it at the end. I’m confident in thinking we will be capable of doing it.”

Snider will once again be behind the wheel of his No. 2 NASCAR America Chevy in this weekend’s 125-lap LMSC battle. The Mooresville, N.C.-based CARS Tour is the first series of its kind to host two premier divisions running on the same track as part of the same event. As will all 10 events scheduled for the 2015 season, Saturday’s Food Country USA 250 features races for both the CARS Late Model Stock Car and CARS Super Late Model divisions.

Saturday’s schedule sees alternating practice sessions beginning at 12:30 p.m. Qualifying is set for 4:30 p.m. and last-chance races begin at 6 p.m. The first 125-lapper (LMSC is first, then the SLM) is scheduled to get the green flag at 7:30 p.m. Grandstand admission for Saturday night is only $20. Youth tickets (ages 7-12) are $10 each and children 6 & under are admitted free of charge.

* * *
Didja know? Motor Mile Speedway (then New River Valley Speedway) hosted what is now the NASCAR Xfinity Series for four races between 1989 to 1992.